[Special Report] I joined the Konseki-bon Tour in Tokyo !

JAPAN Style introduced “konseki-bon (marked/scribbled book)” in a past article.

The “konseki-bon” collector, Mr. Yoshizawa from [W:Aichi Prefecture] held a tour the other day, and I participated in it.

This is the report!

“Konseki-bon” is a secondhand book with scribbling such as impressions or illustrations written/drawn by the previous owner.

In this tour, Mr. Yoshizawa took the participants to several used bookstores to find some “konseki-bon”.

It was beautiful weather. The store we met was like this. 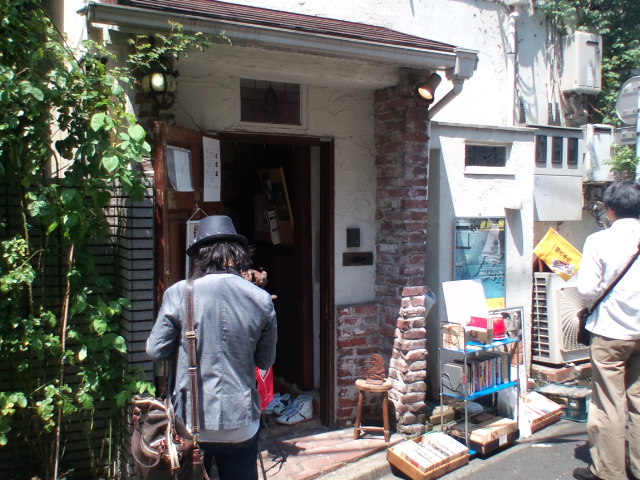 The man with a hat is Mr. Yoshizawa (sorry I forgot to take his picture!).

And this is the inside of the store. 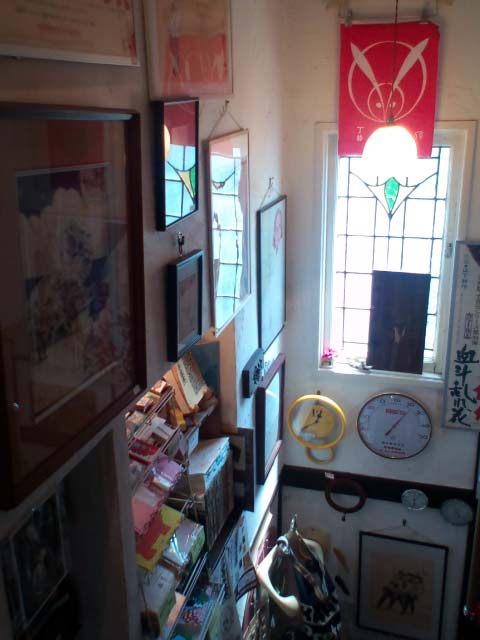 Doesn’t this store have full of atmosphere?

I’m not sure but this store specializes in antiques.

The all ten participants got together (I was surprised that some people were came from outside of Tokyo!) and we started the tour. 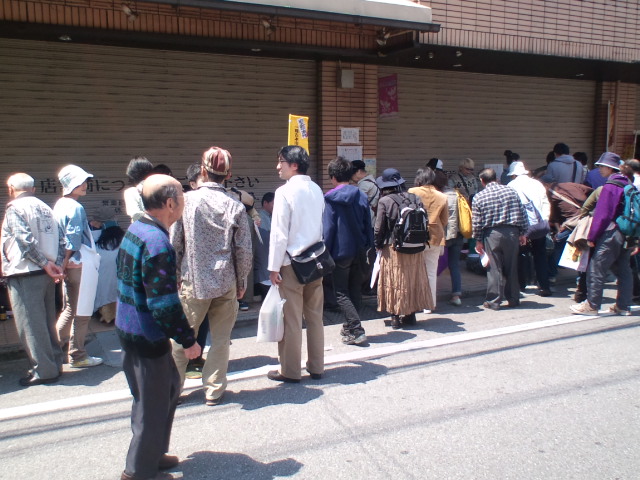 It was Sunday and stores were closed, so it was rather like used book fair than “stores”.

Most of them were selling on a street.

For some reason, there was a seller in kimono. 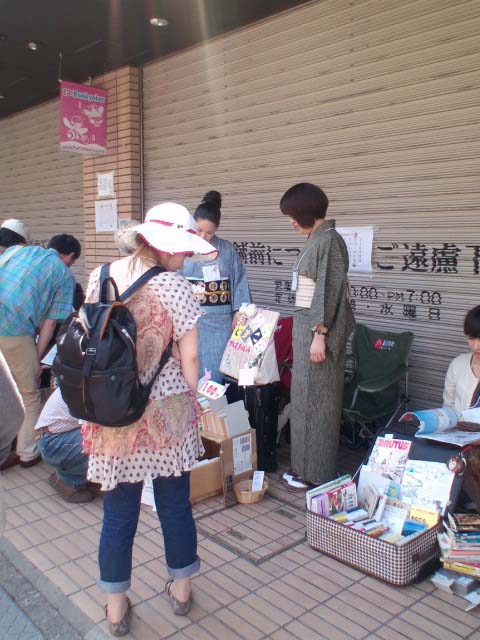 The participants looked for “konseki-bon” with their own eyes for 15 minutes and moved to the next place. 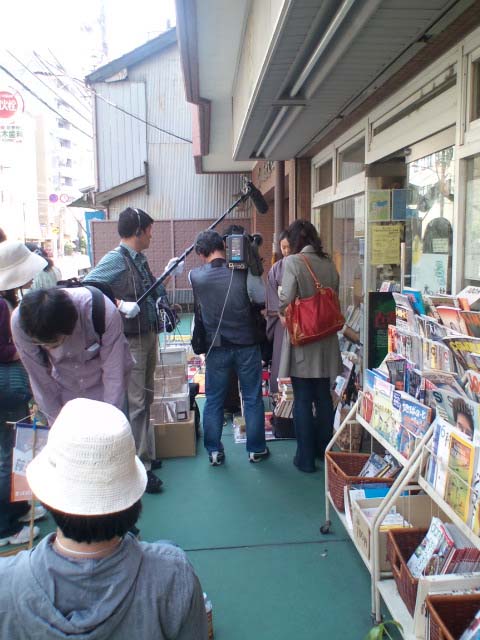 This is the second place.

I saw a TV crew shooting there.

Recently, used book fairs are often held throughout Japan and got a lot of attentions from media.

He said even he rarely meet “konseki-bon”, so if you want to find one, you need the tips.

1. “How to” book; the readers of how to books tend to take note on the books.

2. Book published in old era; there are more chances to find notes of impressions in old books.

3. Dirty book; the dirtier it gets

By keeping the three things in your mind, you can find “konseki-bon” a little more easily.

And he also told us another important tip, which is “luck” LOL. 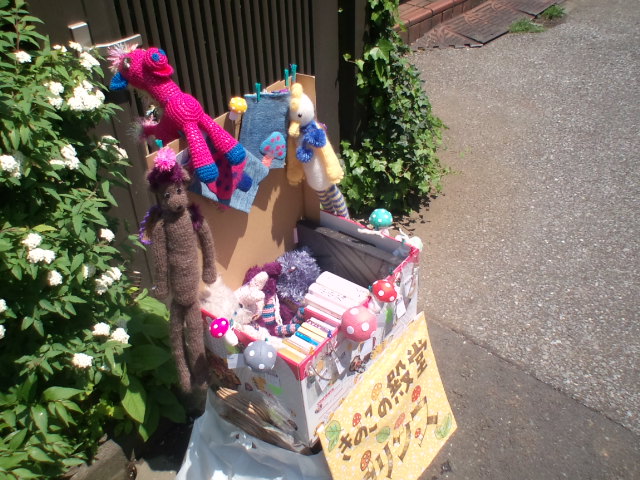 There was a cute box filled with used books. 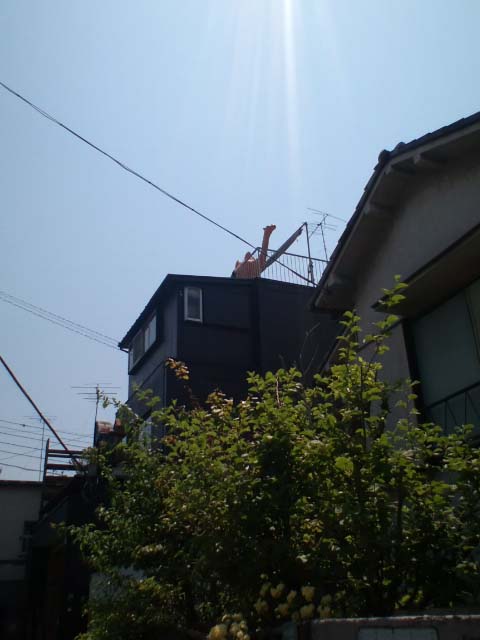 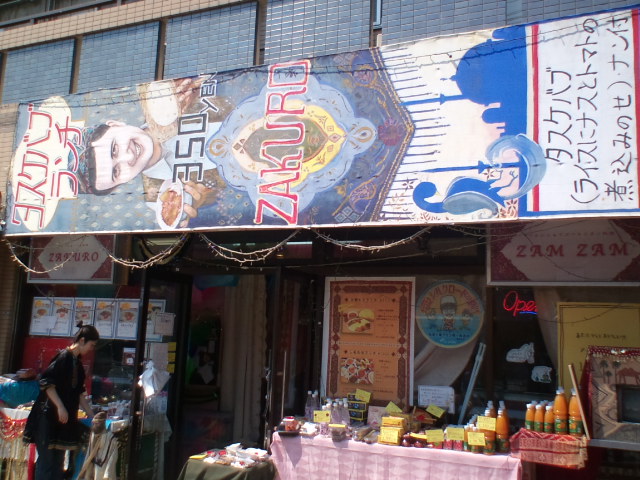 Suddenly, a weird store jumped in my eyes.

On the tour, Mr. Yoshizawa told us his vast stock of knowledge on used books, and at the end of the tour, we showed what we found and discussed what was going on behind the scribbling.

After all, Mr. Yoshizawa and two participants found “konseki-bon”! (I couldn’t find one because I had no luck LOL.)

I don’t go into the details of what we discussed but I found it fun to imagine who and why the owner wrote it from a little scribbling.

It was a good opportunity to find new way of enjoying used books!

Mr. Yoshizawa is really passionate about used books and has a great sense of humor!

Besides the “konseki-bon” tour, he held a unique meeting called “Unread Book Grand Prix!”, where each participant brought a book that he or she bought but didn’t read, and they decided the best book from the collection LOL.

I thought this is what it’s called, “excelling in one thing”.

Mr. Yoshizawa told us that there is a growing tendency for book readers to sell books after they finished reading since “Book Off”, a chain of bookstores that buys used books at good prices, appeared in the market.

Because the consumers keep their books clean to sell them at Book Off, there will be less “konseki-bon” in the future.

What about in your country?

These books are worth in your culture?