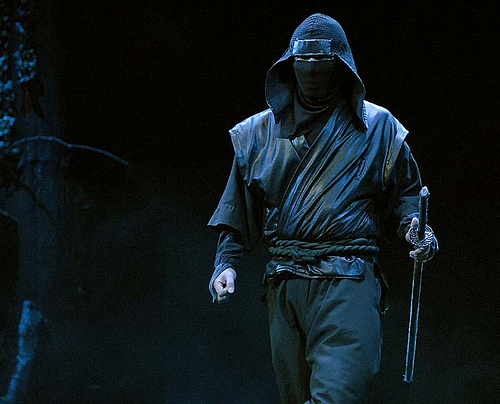 Ninjas were slender. Because they steal into roof spaces and under floors, and to move quickly, they needed to be thin. They were careful to not build Square shoulders or not the pelvis stick out, as they were careful about their diet.

Ninja’s staple diet was cereals such as grain of millet, Japanese barnyard millet, and buckwheat just like ordinary people at that time. They had balanced diet eating tofu, miso, dried plum, and vegetables. What they especially liked to eat are pine nuts, which was believed to be “keen five senses” and “anti-aging” food, and quail’s eggs. Ninja had hiding technique called “quail’s egg lurk,” which he rolls himself into a ball to hide. They believed that they could do the technique better after eating quail’s eggs. 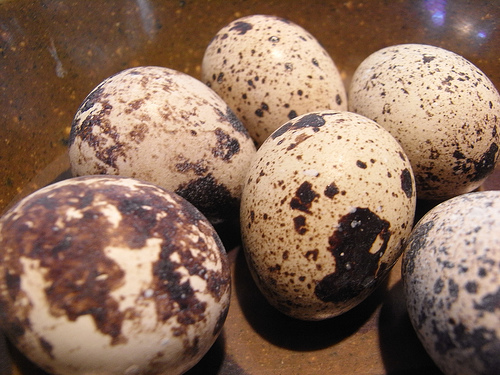 When Ninjas sneaked into somewhere, they were afraid that enemy get aware of them by smell, therefore, they habitually avoided eating foods with strong smell such as garlic, green onion, chive and meat.

Ninjas had weight restriction, and were not allowed to weigh over one straw rice-bag, which is about 60 kilograms. They habitually trained to lift a straw rice-bag with thumb and index finger, to gain strength to cling to ceilings.

Ninjas tried to build body that is hard to grow fat. To do that, they ate adlay. Although there are many ways to cook it, they mostly ate it smashed. They also ate brown rice, which doesn’t run to fat so much as white rice.

To be continued tomorrow in “the What Did Ninja Eat? “Ninja Diet” -Part 2.”