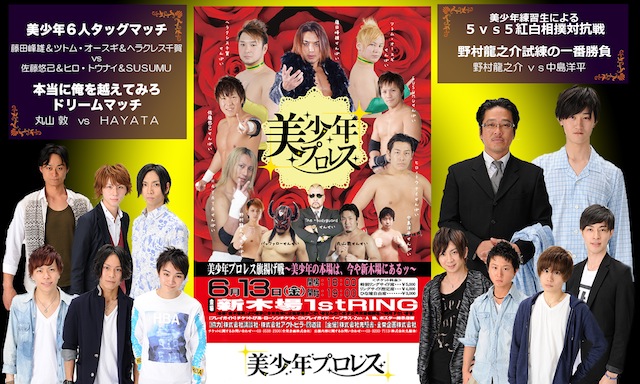 Is pro wrestling popular in your country? Actually, I don’t know much about pro wrestling, but I did find an article about an interesting (and somewhat strange) pro wrestling group named “Bi-shonen (=good-looking boy) Pro Wrestling” who established themselves earlier this month. Bi-shonen Pro Wrestling features ten “good-looking” trainees who have no actual experience in wrestling. Over time the group will be trained to become real wrestlers, while taking the spotlight at hand-shake/publicity events and a popularity election a la AKB48.

Bi-shonen Pro Wrestling was established by a sickly young man from a wealthy family. According to their website, his dream was to become a wrestler, but he was physically unable to endure the training. Look at the man in pajamas in the picture below! He is obviously pretending to be sick…lol. 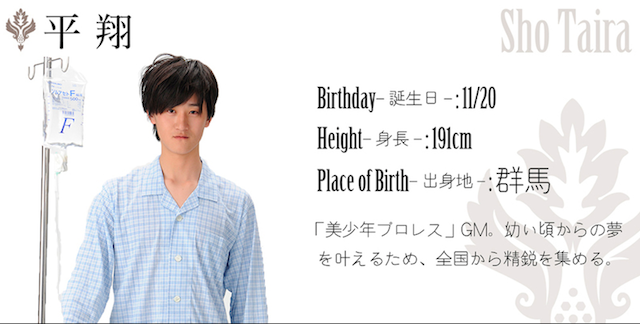 Well… seems like I’m not alone in thinking that the wrestlers-to-be are apparently not “boys” and are not especially  “good-looking”. There seems to be some objections in that the trainees don’t have youthful, idol-ish looks, but one of the trainers from Bi-shonen Pro Wrestling took a “so-what” attitude, claiming that “the appearances and ages do not matter to be good-looking boys!! It’s a matter of the spirit!”. That doesn’t make any sense, but it must be OK (as long as it’s funny and entertaining).

Their first official match will be held on June 13 in Shinkiba, Chiba prefecture. And after that they are going to have an event every two months. So, If you enjoy this unique kind of  pro wrestling, you’d better get in on it 😛