Are you good at rock-scissors-paper? Well, I’m not (^^;; Some people who are really good at it seem to be able to anticipate their opponent’s movement. So envious! 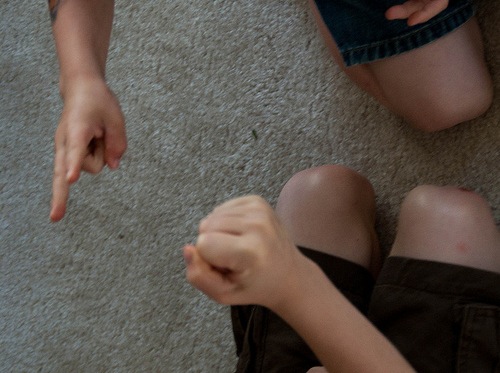 The Graduate school of Hiroshima University created an amazing robot. By the way, “rock-scissors-paper” is janken in Japanese, so let me call this robot the “janken robot”. Like the janken masters I mentioned above, the janken robot can perfectly read the movements of his opponent’s hand. Then, in a fraction of a second, he can slightly adjust his robot hand to a rock, scissors or paper, depending on which one will beat his opponent. So, he NEVER loses! Is it unbelievable?

See? He is perfect! But, I wonder what happens if two janken robots play janken? Who wins (?_?)