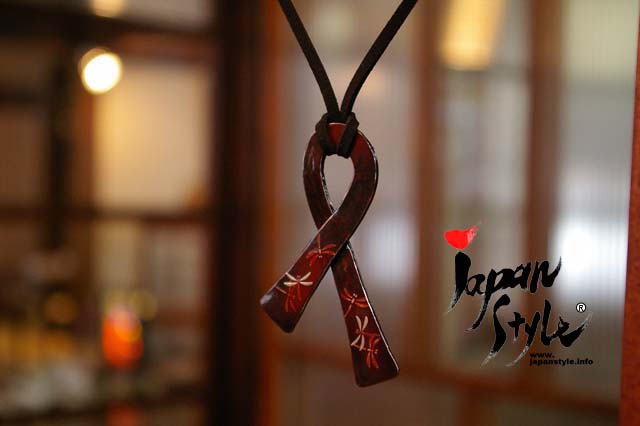 This is the pendant with Nanbu Iron (painted lacquer). The design is dragonfly and it looks like “ribbon”.

The Ribbon is a highly significant symbol in our world representing strong relationships and peace.