It has been more than a year since the king of pop, Michael Jackson passed away. Many people in the world miss him. It is sad that we can no longer see or hear him, but there is a place where you can shake hands with him in Japan!

At “Dante no Hiroba (Dante Square)” of Fukuoka dome, the headquarters of the Fukuoka SoftBank Hawks, in Fukuoka, [W:Fukuoka Prefecture], there are more than 200 bronze hands of famous people including Michael Jackson. 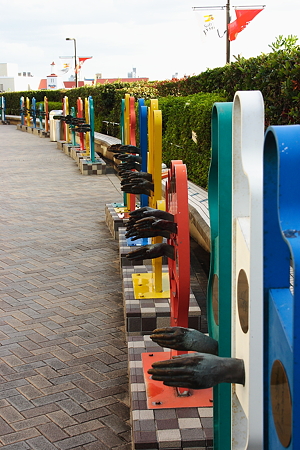 A lot of actual sized bronze hands around the square. It’s kind of creepy, isn’t it? (^_^)

The Michael Jackson’s hand is shiny after touched by many visitors. 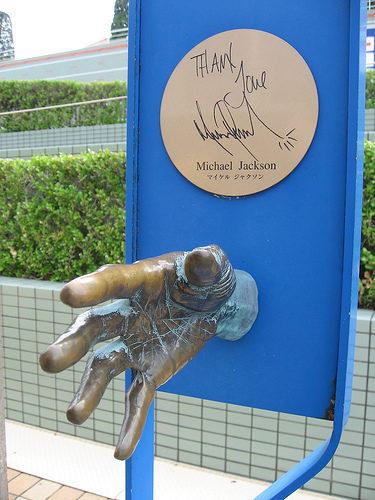 Other world widely famous musicians’ hands there, are…

It is interesting that each celebrity’s hand shows his or her personality; some spread fingers and others close tightly.

The “Dante no Hiroba” is between Fukuoka Yahoo! Japan Dome and Hilton Fukuoka Sea Hawk Hotel. If you ever visit Fukuoka, don’t miss those hands! 😛