Today I would like to tell you about a very handy Japanese seasoning that you can easily find at stores nearby. That is sushi vinegar. 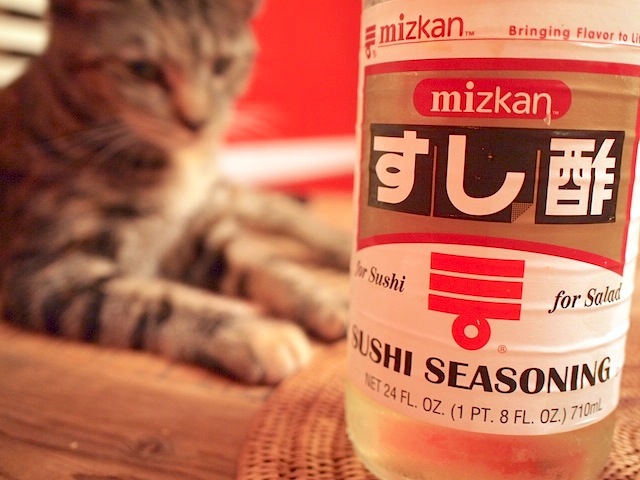 Professional sushi chefs of course make sushi seasoning from scratch(rice vinegar, sugar, salt). It’s not very complicated, but ordinary people generally use pre-seasoned sushi vinegar when making sushi at home. You might be thinking “Sushi seasoning for making sushi? Sounds pretty normal. But what makes this product so versatile?” Actually, sushi vinegar can be used not only for sushi, but also for many other dishes you may be familiar with. Let me introduce some of them! 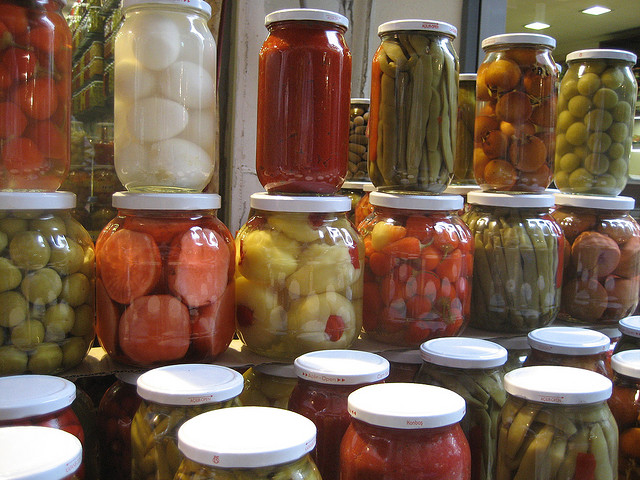 Using sushi vinegar you can make regular pickles (as opposed to Japanese pickles called “tsukemono”) as seen in the photo above.

The amount of sushi vinegar and water varies depending on how many vegetables you want to pickle, but just remember the vinegar/water ratio is always [1:1].

1. Roughly chop vegetables (You don’t have to chop cherry tomatos)

2. Put them in a strainer

3. Pour boiling water over the vegetables

4. Put the vegetable into a heat-resistance container

6. Heat it until just before it boils

7. Pour it over the vegetables

9. Keep it in the fridge 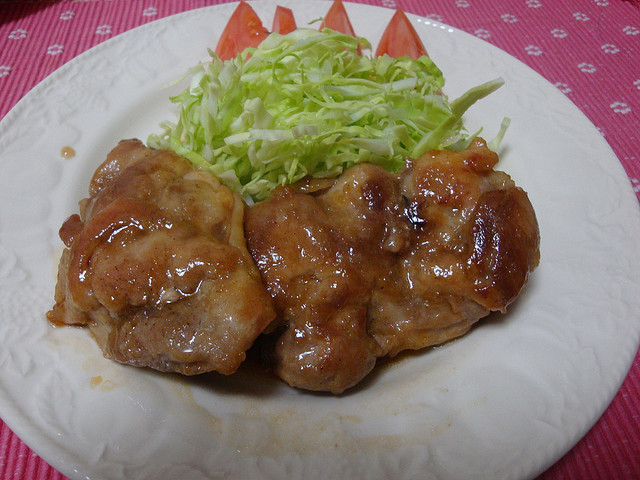 Japanese teriyaki flavor is popular all over the world, isn’t it? There’s likely to be some serious fans of teriyaki chicken among our readers 🙂

2. Grill it in a non-stick frying pan until the surface gets brown

3. Add sushi vinegar and put on a lid

4. Thicken the sushi vinegar until it looks like dark brown teriyaki sauce