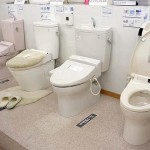 “What do you think about climate change?”

Since the theme for Blog Action Day 2009 is climate change, I was thinking about it all day.

She said “I think water shortage cause clime change. When water is not enough, there are fewer clouds, and naturally more droughts. The temperature is going to be high. That’s how climate change, I guess.”

Well, I am not sure what she said is right, but one thing is sure.

She does learn something at school, though she does nothing but play Nintendo DS after coming home from school (^_^)

What I learned later about water crisis was that global warming causes the problem in the world.

Because there is more water vapor in the atmosphere, basically it rains hard in many regions, but at the same time, dry lands get drier.

It is also said that there is no region that would have normal rain falls; it will be intense deluge or less rain.

To solve water crisis that many countries facing now, saving water is important.

What is often looked over is the water of flush toilet.

For example, in 1994, the U.S. federal law demanded that the toilet flush volume for models sold in the United States could not exceed 1.6 gallons per flush while old toilets flushed at 3.5 to 7 gallons per flush. (details HERE)

Besides the U.S, Europe, Canada, Brazil, and China use 1.6 gallon toilet, and North Europe, and Singapore use even less 1.2 gallon toilet.

In Japan, the world largest toilet manufacture, TOTO Ltd. had already had technology to flush little water, they succeeded to develop 1.6 gallon toilet in a short time.

Although there are new saving water toilets in the market, there is no policy on the toilet flush volume in Japan. It is an important challenge to save more toilet water in the future.

Everyone uses toilet everyday, developing less water toilet will be a savior to water crisis. 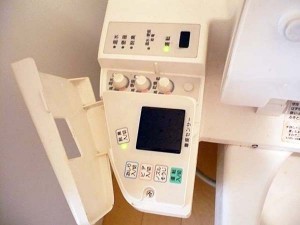 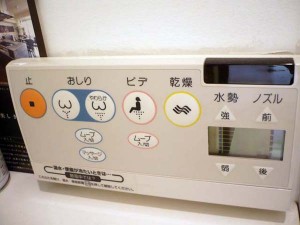