Work off Your Frustration with Flipping Table Over Game

There is a hilarious stress buster arcade game in Japan. It is called “Chabudai-gaeshi !,” and it means “flipping a low dining table over.” Literally, the players flip a table over and compete the amount of damage. 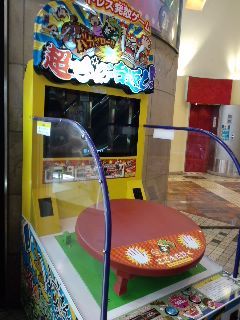 You may wonder “why flipping table over?” To explain the culture background, “chabudai-gaeshi” is considered as an action of an old-fashioned Japanese father who is angry at his family’s attitude. But it hardly happens in modern Japanese society, so it is kind of a common joke now.

In the game “Chabudai-gaeshi!,” the player can pick a character and a situation from dinner, office, part time job, funeral, school, wedding reception, and so on. After the player picked them, a movie starts, so the player bangs and flips the table at the best timing to get higher damage cost. Once the player flips the table, it shows the damage and how far the table flew with a sentimental song.

Here is a demo video.