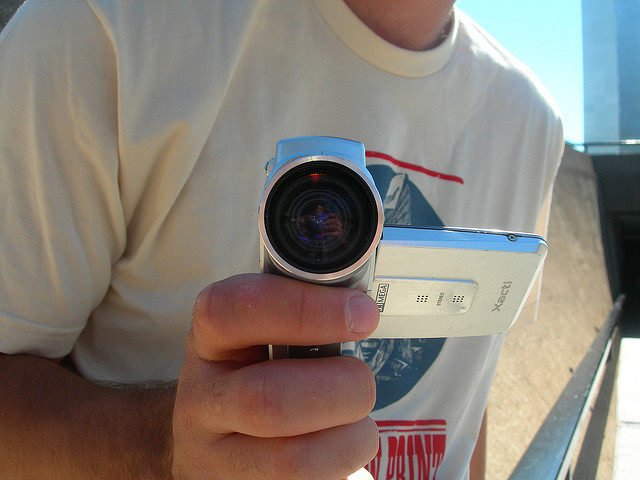 Today, let me share some funny challenge videos found on my favorite website called Daily Portal Z. In these videos, we see some interesting experiments; what happens to both Coca-Cola and milk when each is shaken vigorously for 30 minutes.

As everyone knows, agitating soda even a few times makes it explode from its can or bottle! One day, Mr. J wonders what will happen after shaking coke  much longer. Will it explode!? Well…he actually has a silly experiment to shake a coke bottle for 30 minutes! In this video, he first shakes it a few times.

Of course, coke spews out of the bottle. But then he shakes it longer. Shake shake shake…… and 30 minutes passes. The cola still erupts, but it’s not as exciting as I had expected….

His conclusion; Coke becomes warm after shaking for 30 minutes (=_=;)

Ms. B was inspired by the coke video and had the same kind of challenge with milk! After shaking milk for 30 min, something like butter congealed on the surface! Wow (@_@). What if she shook it even longer? Actually, butter is made from raw milk. So, why not get some raw milk and shake it when you are running out of butter? 😉