Where is the Durian? 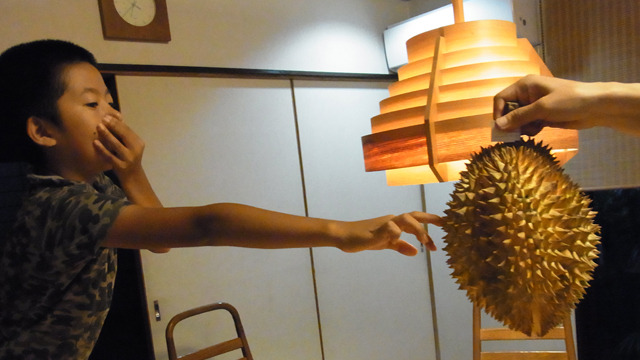 Durians are smelly. Very smelly. A blogger, Ms. K, wonders if she can play the “hidden object (durian) game” using only her sense of smell.  She heads immediately to a fruit shop! 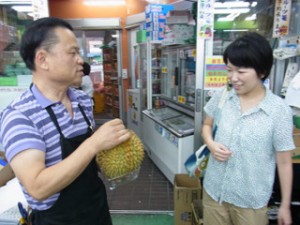 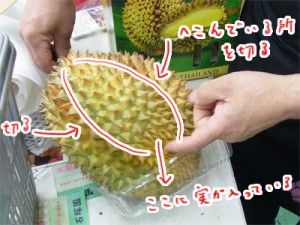 Ms. K gets a Thai durian and learns the way to cut it.

According to the sales clerk, most Thai durians are an improved breed and easy to eat, compared to Philippine ones. I hope it’s smelly enough for the game! 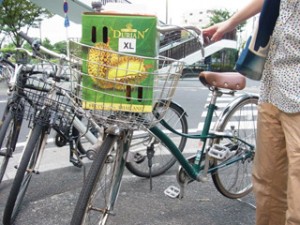 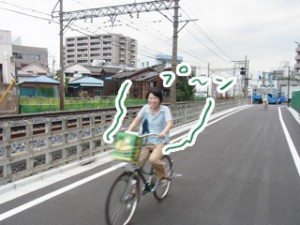 She rides her bike, giving off the unique durian smell (^^; 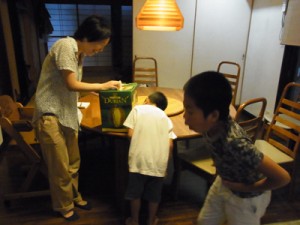 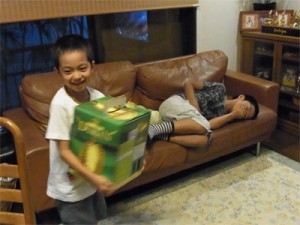 The oldest boy, Kanon-kun, seems very sensitive with smells. The younger one, Taiga-kun, attacks his brother with the smelly bomb! Actually these boys are half Thai (their father is from Thailand), but have never had durians. 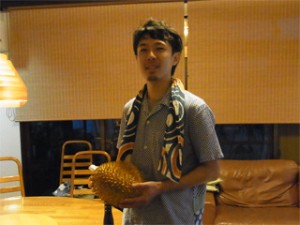 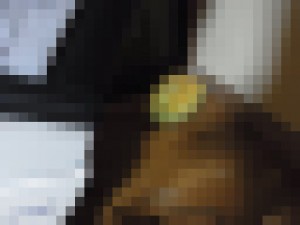 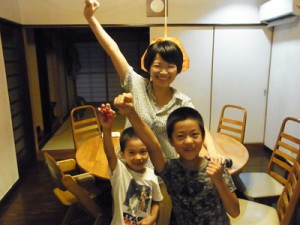 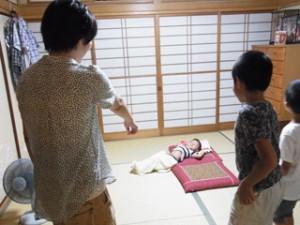 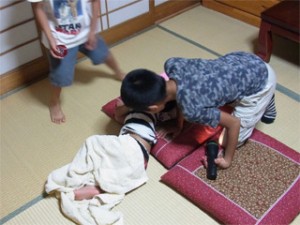 In the first room, they find something. Is that the durian?

The oldest boy smells it and says, “Smells sweaty! Not the durian!”. It’s the sleeping youngest boy, Raku-kun (^^). Maybe there is no durian in this room. 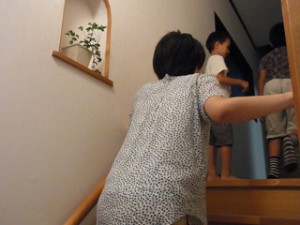 Now they go upstairs. Where is the durian? 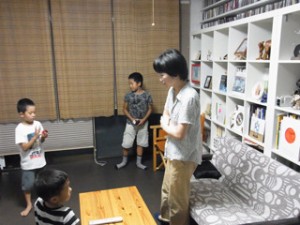 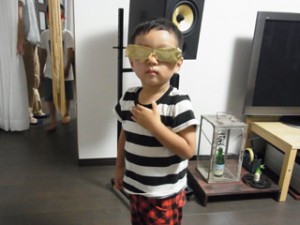 Uh-oh, someone small in a striped T-shirt woke up and joined this game. Kawaii Raku-kun (^^). 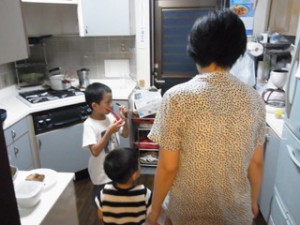 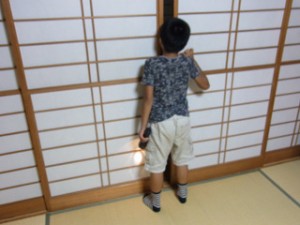 They can’t find the durian upstairs, so they return downstairs. Where is it? 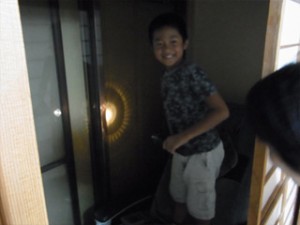 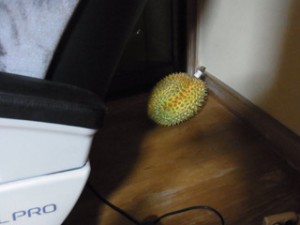 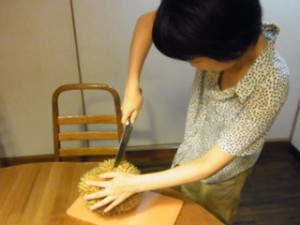 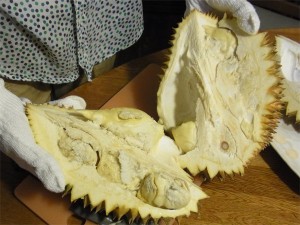 Well, what is Ms. K doing now? She starts cutting the durian.

She wants to play the game again with the inside because it is more smelly. Wow, it looks a bit grotesque. Let’s do it again with something more smelly! 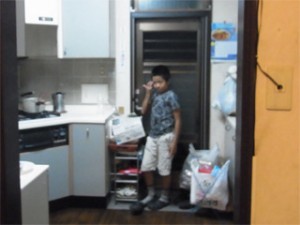 No, wait! Look at him.
Kanon-kun with a sensitive nose now starts crying.

Oh, poor boy. The smell is now too strong for him. And meanwhile, the other two boys start watching TV… 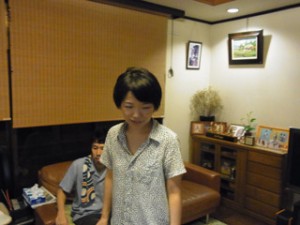 Ms. K still has to play the game even alone, because it’s her job. 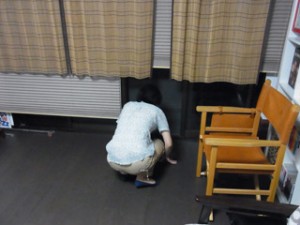 This is Ms.K looking for the durian. Her back looks quite lonely. 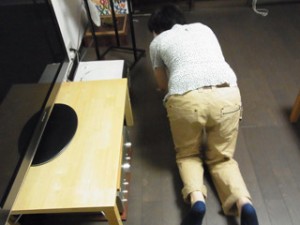 Where is the durian? She keeps sniffing. 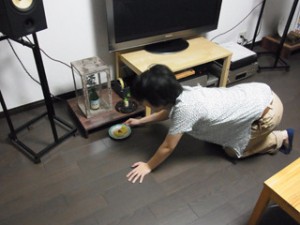 Oh! She found it! Congrats 😀 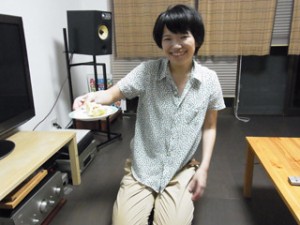 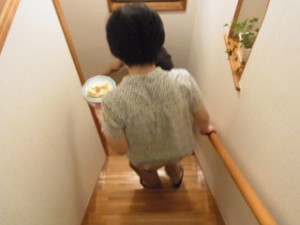 And she runs downstairs to share her happy feeling with the boys! 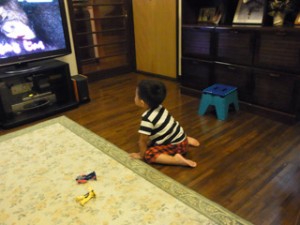 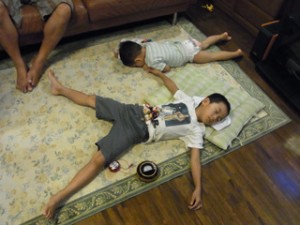 OMG! Too late. No one is interested in the durian any more (T_T).