This post is the part 2, so if you haven’t seen the part 1, please see it. 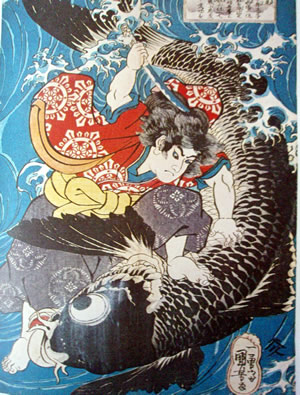 He was a Japanese warrior monk known as a man of great strength and loyalty.

In a Japanese folktale, it says that he looked like a 2 or 3 year-old when he was born.

The picture depicts him exterminating a giant koi fish. 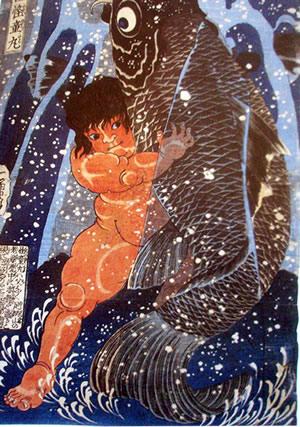 He is one of the loyal fellowers of Minamoto no Yorimitsu.

In a Japanese folktale, it is said that when he was a child, he had superhuman strength and he was raised by a mountain hag. 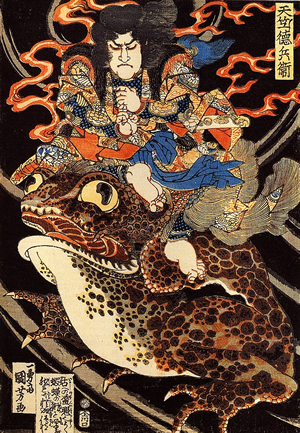 He was a Japanese adventurer and traveled to Southeast and South Asia.

Later, he became a kabuki character. In the plays, he uses magic to control a huge toad.

They look so sternly, don’t they?

These pictures tell you that there is a strong connection between a strong man and giant creature.

And interestingly, the effects in the pictures such as waves, water splash and fire frame (?) are like those in today’s manga.

That’s all for the strong men ukiyo-e, but if I find nice Japanese printings, I will share them again!