He was a leader of the movement to overthrow the Tokugawa shogunate during the Bakumatsu period (1852-1869). 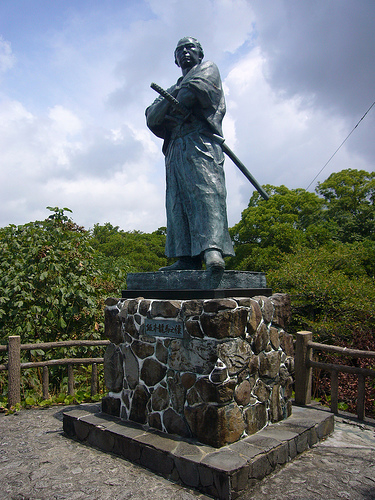 Ever since NHK’s year-long historical fiction television series “Ryomaden” which centers Ryoma started in January 2010, the places that is famous in connection with Ryoma have been crowded with Ryoma fans.

There is even beer can that has cartoonized Ryoma on it. 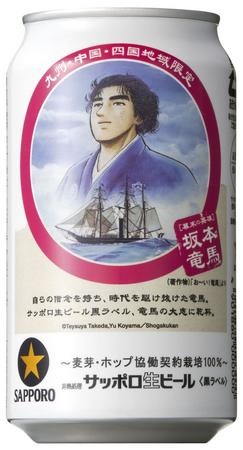 Under the Ryoma it says “The man who ran through the time with his strong belief. SAPPORO kanpai (toasts) to Ryoma’s ambition.”

There are restaurants and izakaya (Japanese style bar) themed Ryoma.

So he is everywhere in Japan now!!