Japan is in a “Sengoku (the Age of Civil Wars) era” boom now.

There are films and TV series themed in the era, and people are into the famous samurais.

No wonder some people come up with the chopsticks like these…

These will be sold at Japanese hobby store, Kotobukiya; and there are three different swords.

The first one is [W:Date Masamune] model. They have classy gold on the hilts. 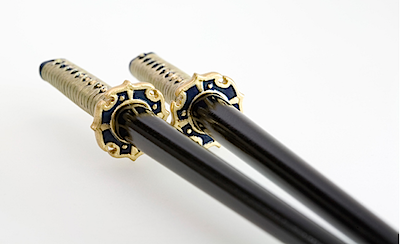 The second one is Sanada Nobushige model. Simply black but it has most typical katana (sword) look. 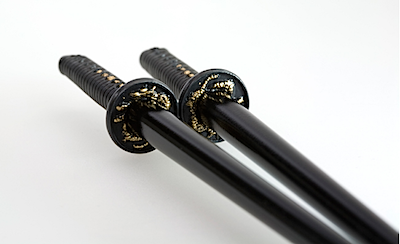 The third one is Maeda keiji model.

He was a kabukimono, which refers a person who loved to dress in flamboyant things, so as his katana. 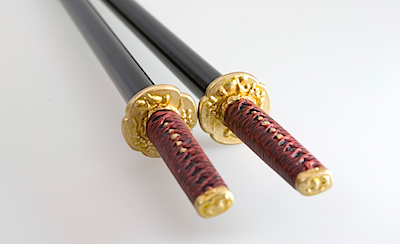 These chopsticks come with chopstick rests with each family crest. 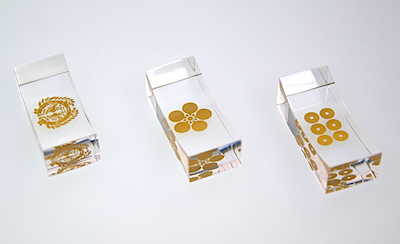 It’s ill-mannered but these chopsticks will make samurai fans want to sword battle at a table LOL.