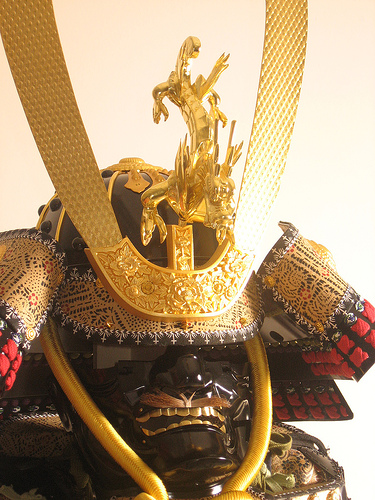 It is a well-known fact worldwide that Japanese people are shy. Especially speaking of Japanese men, they can be quite shy and not very skilled at escorting women in the ‘ladies first’ chivalrous manner. But why and since when have they been so shy? There seems to be a clue in the history of the Edo era.

According to a Japanese history writer, Hiroki Horie, this shyness has seeds in the Edo era samurai culture that emphasized being always calm, collected and stoic. Showing emotions surrendering to moods was not preferable. Actually until the Heian era, people’s emotional expressions were quite extroverted.

There is even an amazing episode of Hikaru Genji (the protagonist of Murasaki Shikibu‘s The Tale of Genji) that goes like this; when he (Genji) lost his loved one, the powerful grief caused him to faint and fall off his horse. Conversely, in the later age, showing a brave display and being reticent even in adversity became a cool man’s virtue.

Also in the Edo era, there was the hierarchy of warriors, farmers, artisans and tradesmen. People were born in a certain class and it was very difficult for men to change their status. (Women had a chance to change their lives with their marriage.) It might sound sad, but in other words there was an unspoken agreement that people could not be unhappy as long as they knew their place. So, usually not many people tried to claim their rights and break through the hierarchy system. This fact also might lead to shy and conservative Japanese men’s image.

By the way, how did women in those days feel about the men who were reluctant to show their emotions? Frankly, those men were very popular! Women seem to have regarded them as mysterious. The more shy they were, the more intriguing and attractive to women 😉