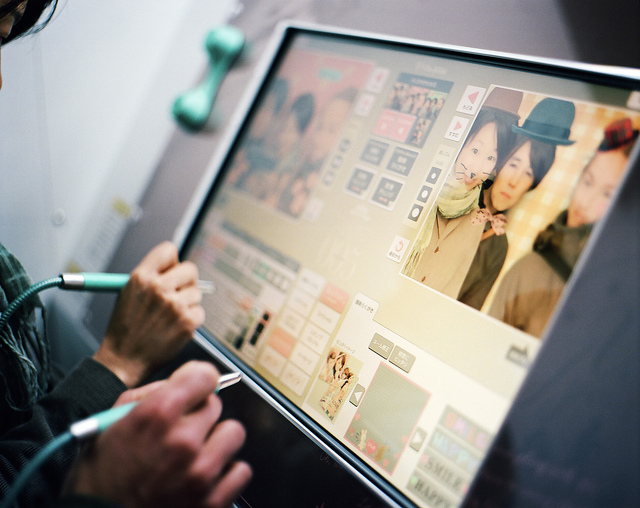 Perhaps you’ve heard about Japanese “Purikura” photo sticker booths. (Details about Purikura >> Wikipedia) Purikura machines have a variety of photo-manipulating functions such as “bigger eyes”, “smaller face” and “smoother skin”. Those functions have evolved quite a bit, and can occasionally make faces look TOO attractive… or just plain creepy! Take a look at the Purikura photo below. The eyes of the girl in the photo are unnaturally big, aren’t they? 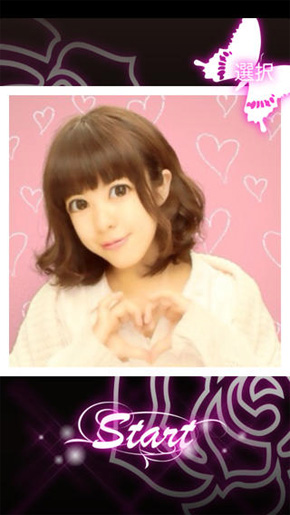 Recently, a revolutionary (and free) iPhone app called Primo was released. Primo is an app that can be used to reverse the exaggerated effects of Purikura photos. The picture below is the one edited with Primo. 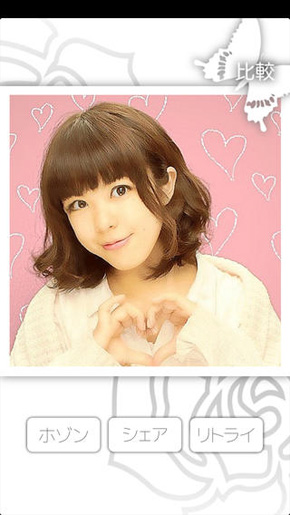 It’s kind of hard to understand the reasons why people take photos to make their eyes big, and then use an iPhone app to make their eyes small later on. Maybe Primo can help with a situation in which you’ve got a Purikura photo of someone who you have never seen and want to know what his or her face actually looks like (thought I have no idea how many times this situation happens in our lives…)

I’m personally not sure if this app is useful or necessary, but would say the Primo concept, based on reverse thinking itself, is quite interesting 🙂 What do you think? You might be saying to yourself, “Well, Japanese people keep creating weird things!”…lol