“The Role of Project Leader”

In the article, he shared the story behind the development of MRI (Magnetic Resonance Image).

The inventers won Novel prize with the fundamental but the hard part was the utilization, which was committed to corporations.

The development team for the utilization was consisted with the technicians from different fields.

Since it was an elite team, the process could go smooth but no satisfactory progress was made even after the deadline for submission.

Gradually, the atmosphere of the office was getting tense, and the members started arguments in loud voices. 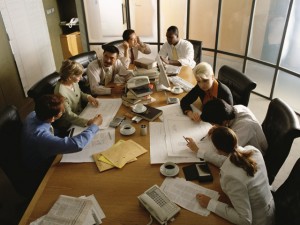 This photo has nothing to do with the text.

One night, after a heated exchange, one technician left the office with anger.

Seeing him leaving, the other technician was standing still for a while in utter amazement but couldn’t restrain his anger and threw the papers on the other’s desk at floor and left the office.

Koizumi thought if the other technician saw the mess, the fight would continue, so he picked every paper on the floor.

It was already morning when he finished filing them.

“The old saying ‘Harmony should be valued’ came up in my mind. It sounds quiet but actually an intense word. ‘Harmony’ is important when people face each other with their hearts and souls.”

Koizumi said the job of a project leader is “to create harmony”.

It’s a simple job but the leader has to do his/her best to not ruin the project by some chance.