Are You a Real Human? or Humanoid?

The video shows the robot and the model woman. They are amazingly looking alike! 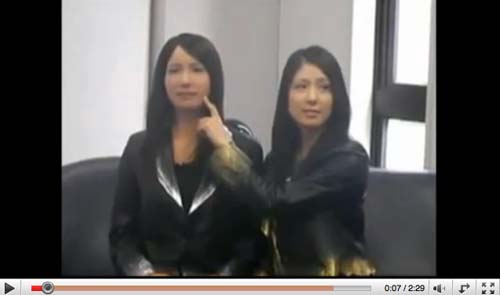 In the demonstration, the computer connected the robot analyzed the model’s mouth move and the voice, and transmitted the data to the robot, so that it could talk like the model.

Just like other humanoid robots, Geminoid F is considered to be used as a guide at science museums.

The professor Ishiguro also said the robot can be used in hospitals for communication tools for patients.

Since next month, the copies of the robot will be sold at about 10 million yen (US$ 110,000) by Japanese robot maker, Kokoro.

They are planning to sell 50 copies.

Unlike their previous robots, the developers simplified the system; therefore, they could cut down the price of the robot, and also the robot can work only by domestic power supply.