Today’s story teller is a manga writer [W:Fujiko Fujio] A, his real name is Moto Abiko.

Abiko is a member of manga writing duo, Fujiko Fujio, and the other member, Fujiko F Fujio, who is best known as the creator of Japan’s most loved manga, “Doraemon”. 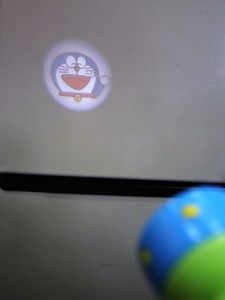 In the article, Abiko told how they became duo writer together.

“When I was school boy, I met Hiroshi Fujimoto (Fujiko F Fujio), and that decided my life.”

When Abiko was about 11 years old, his father passed away and he transferred to another school, where he first met with Hiroshi.

Having no friend at a new school, Abiko was drawing pictures alone, and Hiroshi approached him and they became friend right away.

They both were the biggest fans of [W:Osamu Tezuka], the creator of “Astro Boy”.

They kept sending fan letters, and one time, they got a letter from Tezuka saying “good luck on your writing manga” and they jumped for joy.

Time past and they graduated from high school.

Abiko was employed at a newspaper company, and Hiroshi dedicated himself to write manga.

“Quit the newspaper company. It’s time to go to Tokyo.”

After thinking about it for a week, he decided to go Tokyo.

Because the duo’s manga style was similar to Tezuka, they got offers right away, which were seven serializations, 100 pages a month.

Abiko looked back those days,

“We were awfully busy. We started in June and we stayed all night everyday for six months till the end of the year. We rented a double tatami room (about 3.3 square meters) and put desks next each other. When Hiroshi dozed off, I stung his hand with a pen. When I dozed off, he sung my hand. We desperately woke each other up.”

Afterward, they moved to “Tokiwa-so (Apartment Tokiwa)” where a lot of manga writers lived, and every time a neighbor manga writer succeeded, the two of them cheered up each other.

According to Abiko, Hiroshi has great sense of making stories and the power to build his works from children’s view point.

Abiko feels like he has a great teacher and the best friend at the same time, which is why they had worked together for 30 years.