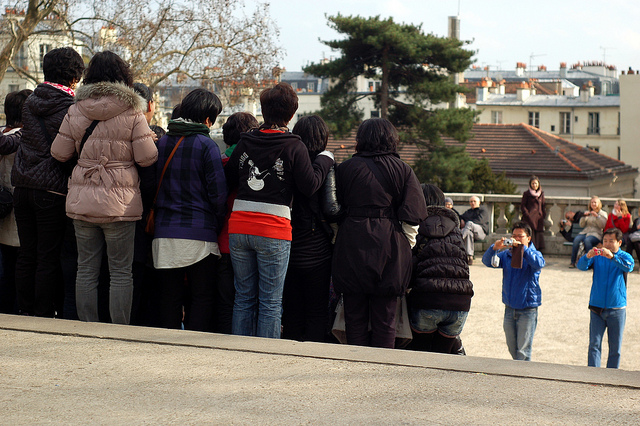 Decades ago, people had negative concepts of female tourists from Japan; “Too much brand product shopping”, “lack of experience with traveling overseas.”  These were the attitudes.

Currently over 10,000,000 Japanese people travel abroad every year, and even Japanese women might become more experienced. I wonder if people have been able to sweep their negative images away. According to a survey to 1,000 people living in five major tourist cities (200 people each from Hawaii, Paris, Hong Kong, Rome, and Seoul) , the image of the female Japanese tourist is roughly “positive”.

Q. Is your image to Japanese female tourists positive or negative?

This is a gratifying result. But when you see each detailed answer, there are also some opinions like these; “they don’t try to speak local languages”, “they take too many photos”, “they are always in groups”, “they always use cash”, “too much make-up” and so on. These answers are not exactly negative, but still Japanese women while traveling are considered by locals to be somewhat strange or odd.

What’s more, many European people point out the Japanese lack of the crime prevention consciousness and self-protection in foreign countries. Perhaps Japanese women should learn more about the local manners or way-of-life when they visit other countries. They might have to follow this proverb; “When in Rome do as the Romans do.”