Topic for today is about an object at a park in Tokyo, which I found on my favorite entertainment website. 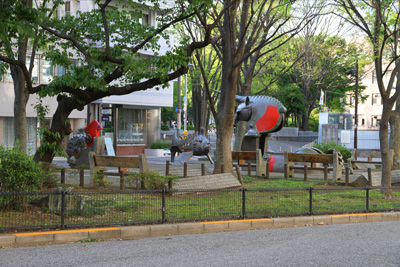 Within walking distance of Myogadani station in Tokyo,
there is a rather unique park. 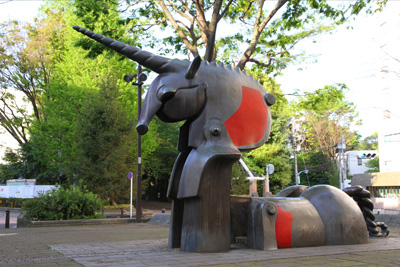 Formal name of this park, ‘Kaiserslautern Park’,
is named after German sister city to Bunkyo-ward.
In this park, you can see some interesting objects, created by a German sculptor. 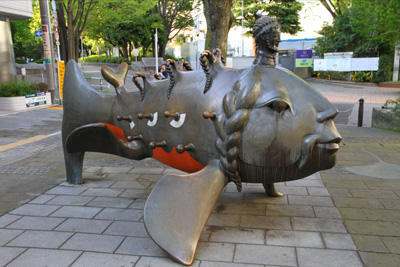 Well, unicorn can be uniquely European,
but this fish with a human face is not very European… 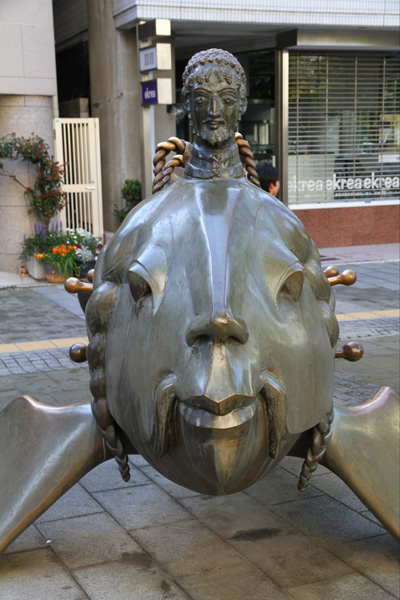 The picture above captured the front view of the object.
This doesn’t looks very European because it seems it was designed in an image of Japanese carp.
A head on the back of the fish is Frederick I.  If it appear in my dream, I will probably be suffered from it a bit…

I didn’t know that there is a park with such a unique object in Tokyo!

The fish object actually reminds me of  ‘Jinmengyo’ or fish with a human face, which was very popular little while ago in Japan as well as TV game, ‘SEAMAN’ lol!