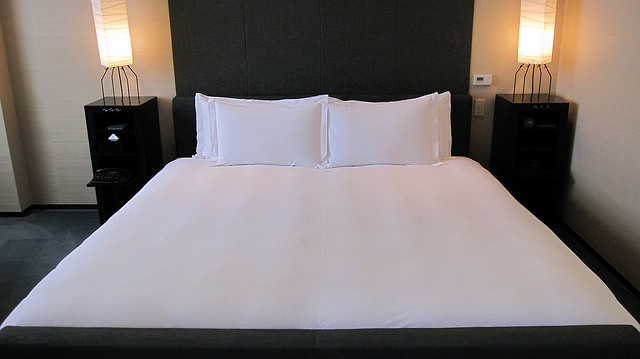 According to a recent survey, 26% of Japanese married couples sleep in separate bedrooms. For couples over sixty years of age, that percentage goes up to 40%. What’s more, the number reaches 53% in the case of those who don’t live with their adult children.

It might sound weird to you because these figures seem unbelievably high in comparison to other countries.

In Western countries, husbands and wives sleeping apart is perceived as an initial sign of a divorce crisis, and married couples usually don’t even think of keeping separate sleeping arrangements. Considering this, why is it that so many Japanese couples sleep separately even as their marriages endure?

When a Japanese couple has a baby, the father often sleeps apart from the mother and the child (as not to be a disturbance). According to Hideki Kobayashi, a professor at Chiba University’s Graduate School of Engineering, couples become used to this nighttime separation, and it becomes a habit.

Another indicator is Japan’s low divorce rate. Even when the couples don’t love each other any more, they continue living together, in many cases. There are many married couples who lead “separate lives under the same roof” in Japan.

However, even among those very persistent Japanese couples, the number of divorces after long (25+ yrs) marriages is rapidly increasing these days; it has doubled in the past ten years.

Divorce or separate lives under the same roof… Because each couple has various family reasons and circumstances, it is difficult to say which option is best. Which would you choose if you fell into this kind of situation after a long marriage?