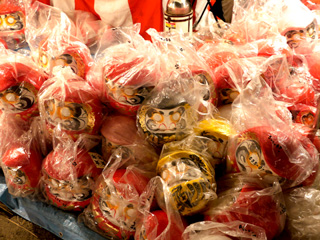 I have never been there but I wanted to get the feel of it.

Luckily, I happened to find a detailed report of the market, so let me share it with you today.

The market is going on through the night. To experience the night market, I left in the midnight. 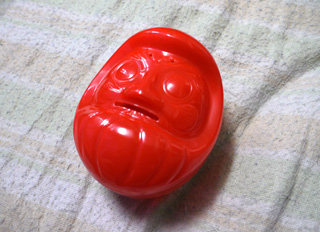 First, I munched on daruma bento. 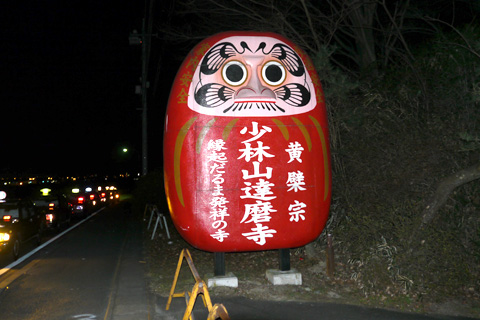 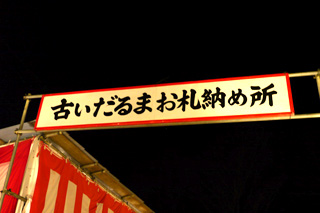 The first thing I saw at the site was the room for people to offer the old daruma dolls
and the ofuda (talisman) that were used through the last year. 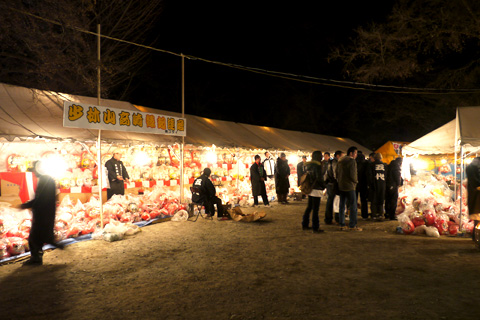 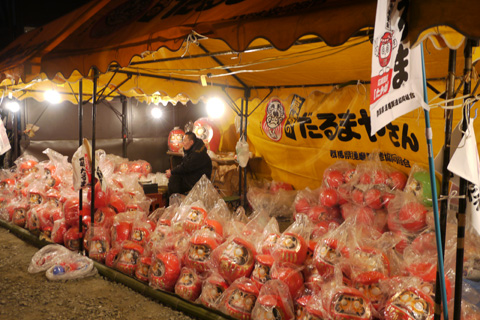 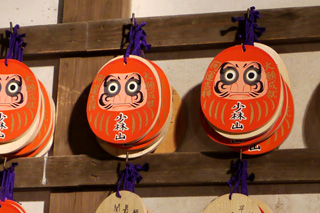 They sell daruma ema (votive picture tablet) too.
If I write my wish on it, it will come true? 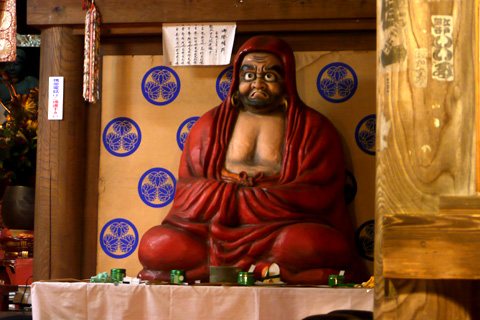 In the temple, there is a statue of Bodhidharma, who is the model of daruma doll. 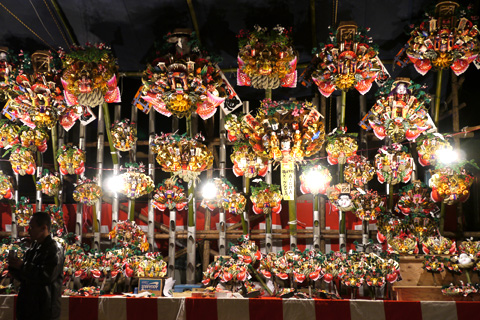 In the market, other bringers of good luck are sold too, such as kumade (lucky rakes)
and manekineko (beckoning cat). 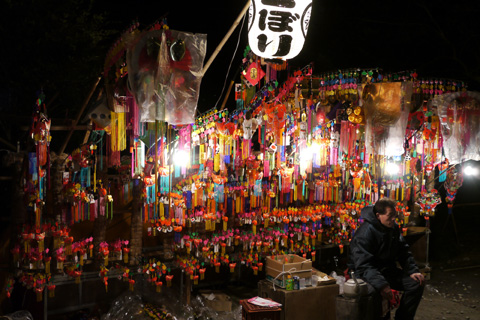 Decorations called “otakara” are sold too.
It looks like tanabata (the Star Festival) ornament. 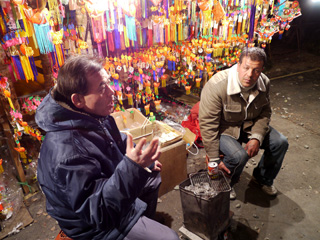 The seller was telling the meaning of “otakara” to a Nepalese,
who seemed to be really interested. 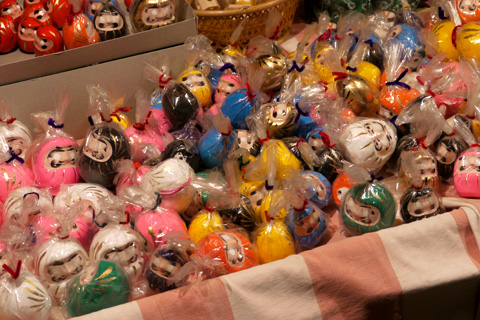 Daruma dolls are usually red but colorful ones are popular recently.
Each color has meaning, for example, the gold one has wish to “be rich”. 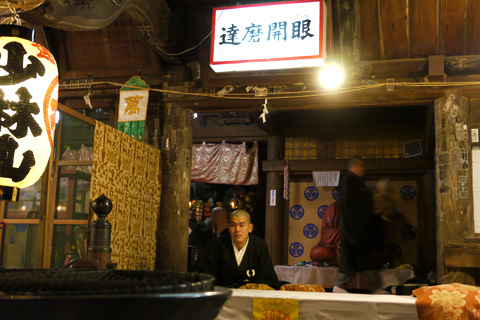 Unusual “opening daruma’s eye” service only found here!
Daruma dolls are usually sold without pupils; they have only whites of the eyes. In the traditional way, the holder paint right eye with black ink first while he/she makes a wish, then the left eye is left blank so that the holder can fill it when he/she obtains his/her goal.
At this temple, the monks paint your daruma’s eye instead of you. Why would I miss the rare chance? I handed my darma doll to them. 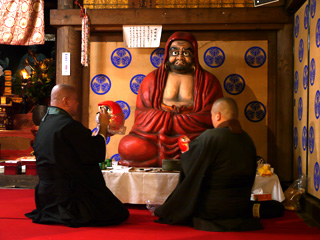 “Namyo horen gekyo…”
They were chanting a sutra while putting a pupil in my daruma’s eye.
“Here you are.” After the ostentatious act, they handed my daruma back.
I looked at the eye… 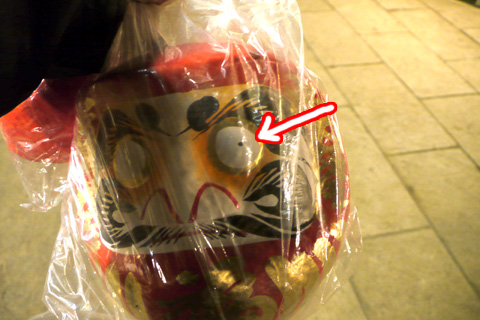 There was only a dot like a tiny spot on the eye… THAT’S IT!?
Well, it seems like that they put merciful mind in it,
so the holder puts bigger pupil when he/she makes a wish.

The reporter went to the market in the midnight but most people go there during a day.