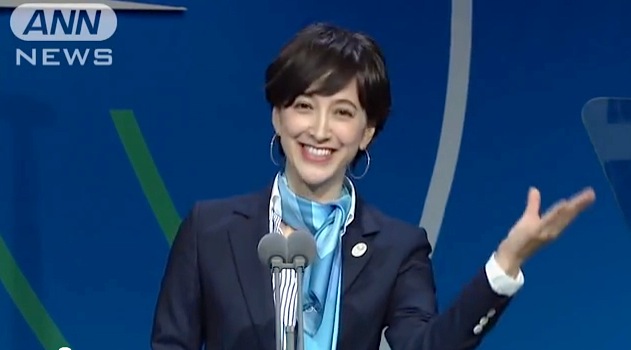 At the year draws to a close in Japan, a buzzwords-of-the-year contest is held, and the most popular/widely used word for the past year is chosen. This year boasts many strong contenders and a very close contest is expected. Today, I would like to introduce some of these popular words/phrases.

As I wrote earlier on Japanstyle, this was used as a signature phrase in a popular TV drama, Hanazawa Naoki, which hit incredibly high viewer rates this year. The main character shouted this phrase at the climax of each episode; “Yararetara yarikaesu! Bai gaeshi da!!” (An eye for an eye! I will just fight back twice as much!!”)

A very famous teacher, Osamu Hayashi, used this phrase in a TV commercial for a preparatory school.

I guess you have many chances to say “now (is the time)” in your daily life, so maybe you should try “ima desho” instead. For example, when someone asks “what time are we gonna have lunch?” or “when should I start my work?”, please do try “ima desho!!” 😉

Omotenashi is a unique Japanese mindset of selfless and loyal hospitality. Christel Takigawa, one of the Tokyo Olympic bid ambassadors, used this word in her presentation speech to the IOC. In her speech in French, the distinctive style and accent to say “omotenashi” attracted people’s attention, and it quickly became a buzzword. At the same time, many people felt something wrong about her last gesture of joining palms because we don’t join our hands like that very often in our daily lives and didn’t understand why she did that…(?_?)

This phrase was often used in a very popular TV drama, Ama-chan. “Jejeje” is a local dialect of Iwate prefecture (only in a limited area). People say “jejeje” when they are surprised. It’s kind of easy to adopt this buzzword into your daily life, but there is a small rule: Say “je” one time when you are a bit surprised, “jeje” two times for an ordinary surprise, and “jejeje” for a big surprise.