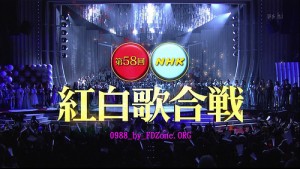 48 year-old Susan Boyle became an international star after her appearance on “Britain’s Got Talent” as a contestant, where she surprised the judges and the audiences with her beautiful voice.

Boyle’s first album, “I Dreamed a Dream” was released on 23 November 2009, and has dominated record sales charts in the world.

Susan is already in Japan to prepare for a guest appearance on the show.

It seems that she has already enjoyed little bit of Japan; right after she arrived in Tokyo, she drove around the Imperial Palace and visited Hikawa shrine in Akasaka.

On the show, she is scheduled to sing her trademark “I Dreamed a Dream” from “Les Miserables”.

The NHK program, now in its 60th year, showcases the most popular singers from different genres of the year.

Most of its guests are Japanese.

Why Susan Boyle was selected as a guest singer?

Of course, NHK wants to gain high audience rating with the singer in the limelight; however, I look forward to her appearance in a different point of view.

She had been in out of light, but finally she got the chance to show her talent to the world, and now she lives her life in the sun.

Being in the world recession, Japan had continuous depressing news this year such as pay-cut, corporate downsizing and high suicide rate of the unemployed.

There are so many people despaired their lives and lost their hopes.

I want to say that even though life is hard, if you are patient and wait for a chance, there will be the day that you can show your talent and show smile, just like Susan.

Hopefully, NHK intended to send a message like this through Susan’s performance.

Actually, I have never seen performance on TV, so I can’t wait the tonight’s show ! (^_^)