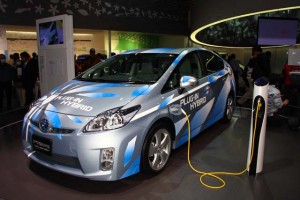 On Monday, TOYOTA announced that their new plug-in hybrid vehicle (PHV) called “Prius: plug-in hybrid” will be released by late 2011.

PHV is powered by electric motors and a gasoline engine.

The battery can be recharged by plugging the car into a standard electrical outlet, so don’t have to worry about the battery goes dead.

Toyota will lease some of their PHV later this month to government and corporate clients in the United States, Europe and Japan to gain feedback.