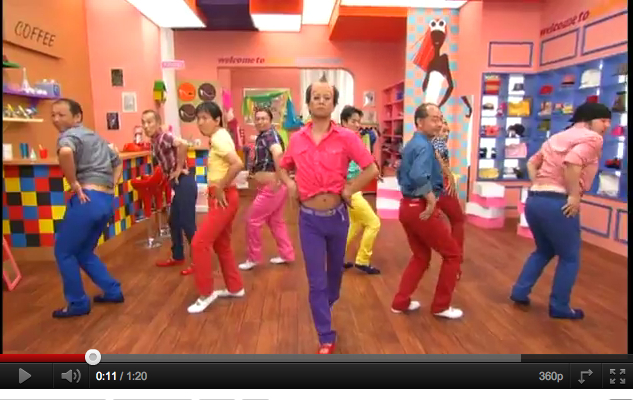 A few months ago on a popular Japanese TV program called SMAP x SMAP, Nakai-kun (SMAP member) and some others formed “Showa Generation” as a parody of the Korean top idol group “Shojo (Girls) Generation”. As you may know “Showa” is the Japanese era which lasted from 1926 to 1989. These middle-aged men were born and came of age in the tumultuous Showa era. They look a bit too mature now, and young people tend to avoid them.

But once the music starts, these old men become lively again. Their costumes are spot-on (the rainbow of tight colored pants, especially) and their performance was amazingly perfect! Showa Generation attracts not only Japanese audiences, but has become a favorite of YouTube watchers all over the world 😀 😀

And after a few months of silence, Showa Generation comes roaring back with a new number, ‘Mr. Taxi’!

Personally I’d like to see a performance with Shojo Generation joining Showa Generation on SMAP x SMAP!! It would be really gorgeous 😉