A little boy with deer antlers… 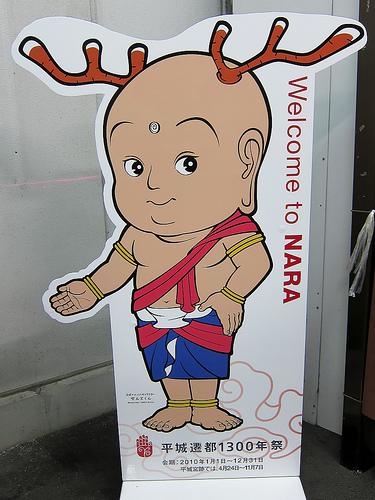 This is Sento-kun, the official mascot character to commemorate the 1300th anniversary of Nara Heijo-kyo Capital. Why does he have deer antlers? Because deer has been considered as guardian angel in Nara city. 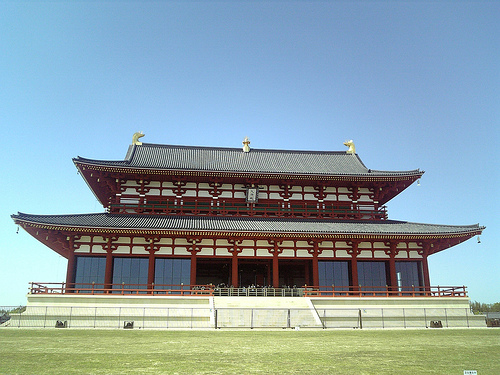 Since Sento-kun is quite “different” from other “kawaii” characters in Japan, he had hard time to be accepted by people. He was called “creepy” and “blasphemy against Buddha,” and according to Yahoo! News poll, 78% of people opposed to him and only 19% of people supported him.

In spite of the negative opinions, Sento-kun got well known in the country because the controversy drew a lot of attentions from the media. Consequently, he played a big role as the mascot, and the anniversary got recognized by many people.

Sento-kun is everywhere in Nara. 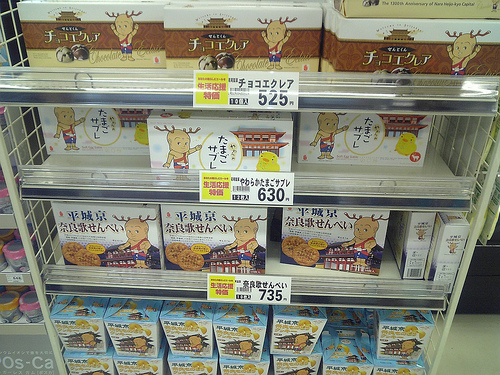 And even on a vending machine! 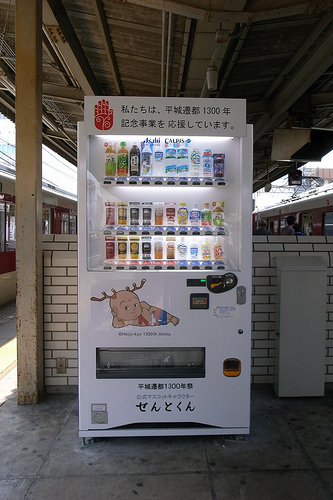 Sento-kun is a controversial character but now people start liking him and joke about him. 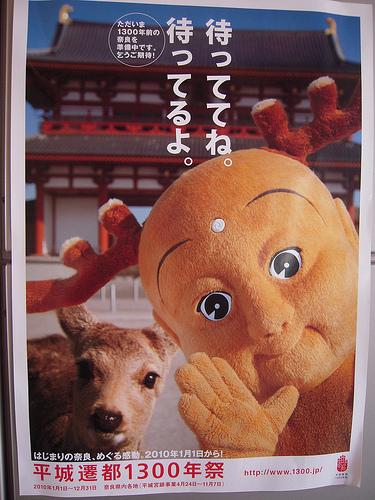