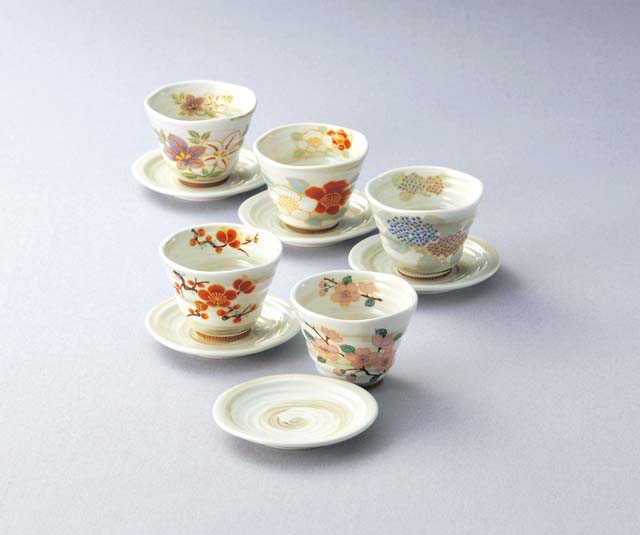 Arita-yaki, one of the most popular Japanese pottery cups and saucers. Set of 5. The saucer can be used for dessert plate. The flowers on the cups are the ones which represent Japanese flowers. Beautiful cups are good for decoration, too. Ideal item for a wedding gift, birthday gift, etc.

The history starts in early 17th century. Through the century, the fine porcelain ware became populare in European and Middle Eastern nobles. It is said that the value of Arita-yaki was taken as same as gold at that time. Arita-yaki is thin and light but it is harder than pottery and very strong.

Although many people see it as decorative art, it is perfect to be used as well. The characteristics of Arita-yaki are the smooth texture and the white base color which is creamy and clear at the same time.