Asakusa, in Tokyo, is a very popular neighborhood for sightseers from other countries because it retains the flavor of good old Japan. There is a famous temple in [W:Asakusa] called Senso-ji, which draws many tourists.

However, few foreign sightseers might know that Asakusa holds an annual huge samba carnival, similar to those in Rio. 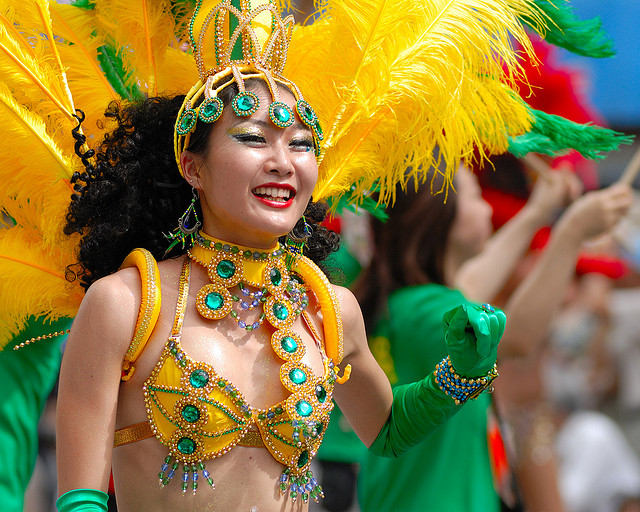 Some (not all) participants wear gorgeous and sexy costumes – just like in Rio! 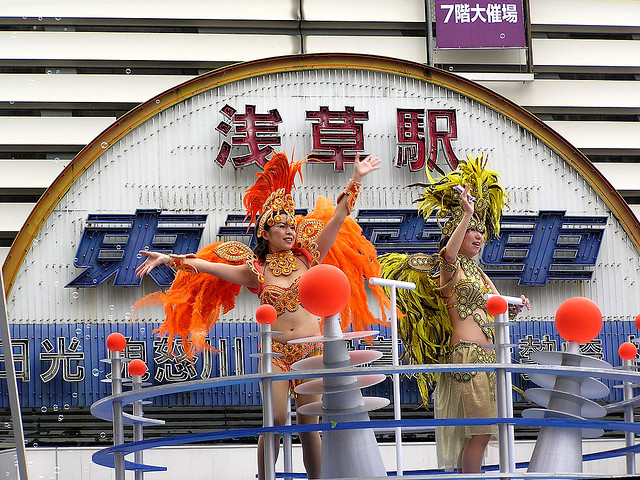 They are dancing in front of the sign at Asakusa station. 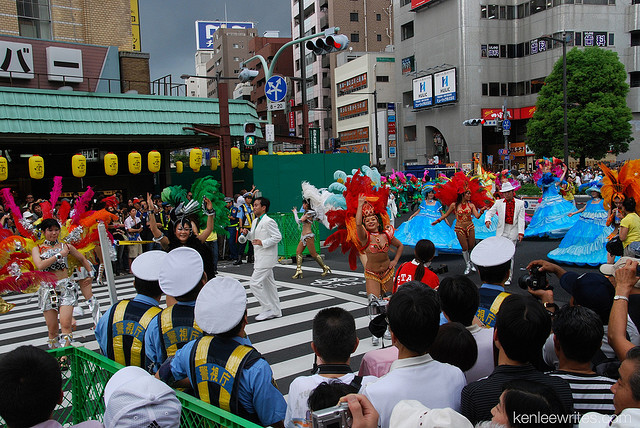 Asakusa is a small neighborhood and streets are not very wide,
so it seems challenging for dancers (and also for spectators and guards).

But why samba in Asakusa? Asakusa was the center of Japanese entertainment in the old days.

But in the 1960s, the popularity of Asakusa entertainment dwindled. The then head man of Taito-ku (the ward containing Asakusa), Eiichi Uchiyama, and a comedian, Junzaburo Ban, suggested bringing this cheerful Brazilian festival to Asakusa in hopes of reviving interest in the area.

The first samba carnival was held in 1981. This year, the 30th Asakusa Samba Carnival was held on August 28. Over 4,500 participants gave fabulous performances, and a massive (around 500,000) audience enjoyed every step!