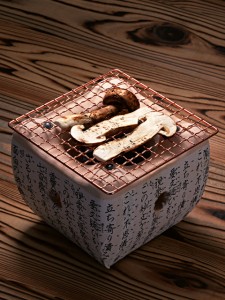 Matsutake is a popular autumn mushroom.

It is hard to cultivate matsutake and cannot be in mass production, so they are considered as rich food.

Especially Japanese matsutake are expensive; one matsutake is about 8,000 to 9,000 yen.

In recent years, many reasonable imported matsutake from Korea or China are sold.

It is said that it takes 8 years for a spore of matsutake to grows to be a mushroom.

Matsutake is called the king of mushrooms for its aroma, texture and the taste.

The mushroom is eaten in various way, such as dobin-mushi (earth ware teapot steamed), matsutake-gohan (rice cooked with matsutake) or simply grilled. 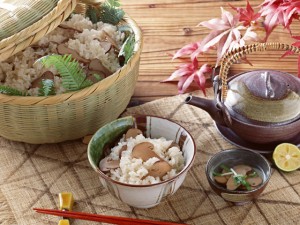