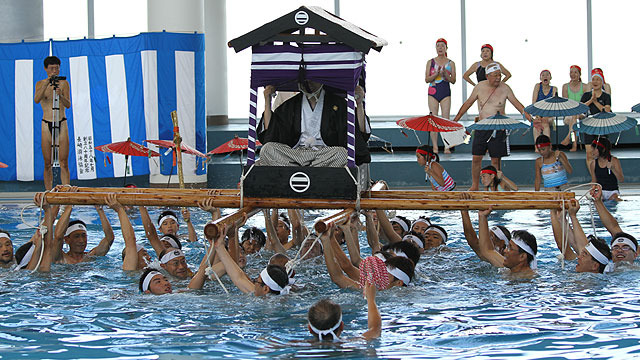 Today, I would like to share  the report of a blogger, Mr. T, about “daimyo procession” held in a swimming pool. Daimyo is “a generic term referring to the powerful territorial lords in premodern Japan who ruled most of the country from their vast, hereditary land holdings (ref: wikipedia). And for official business, daimyo used to go out with their followers and soldiers in big processions.

Well, now we know about Daimyo processions, but why is this one being held at the swimming pool(?_?). This event originates from the story of a daimyo entourage crossing the Oi-river. Using traditional Japanese swimming styles, an academy in Nagasaki presents their annual exhibition. It must be very interesting.

Let’s see how it goes! 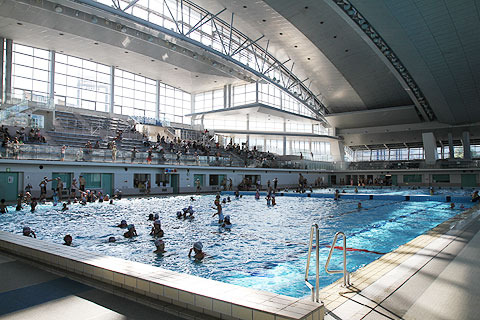 This is the swimming pool. Looks very normal. 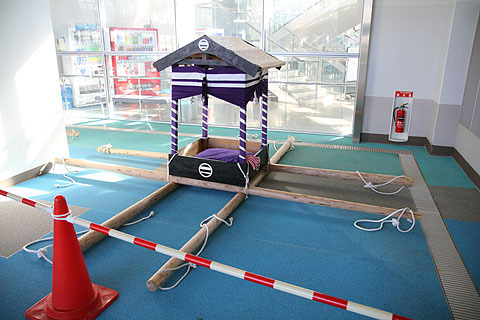 But there is a portable shrine by the pool. Looks quite unusual. 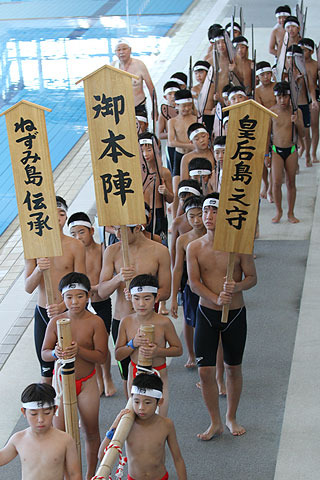 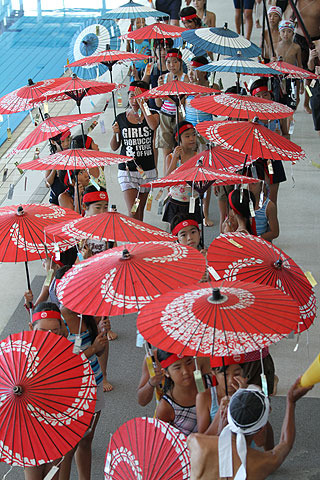 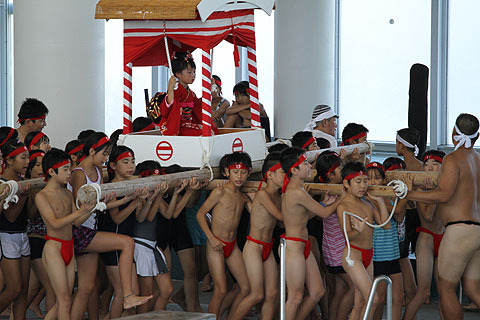 A princess on a portable shrine and boys wearing red loincloths. 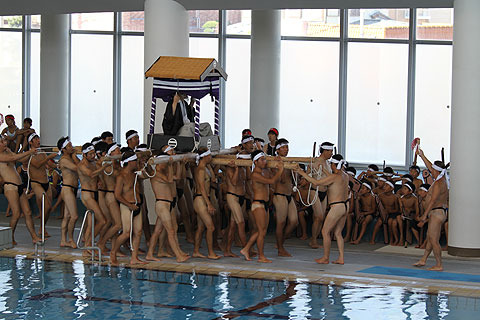 Daimyo on another portable shrine and men wearing black loincloths….(-_-) 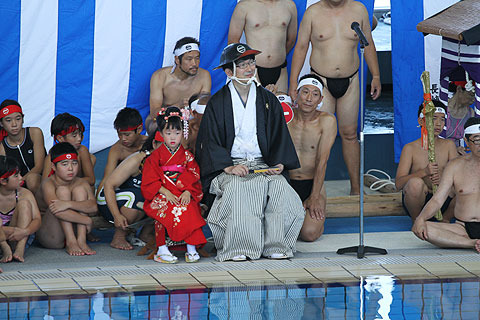 This man is the mayor of Nagasaki city dressed up as a daimyo.

It’s not a cosplay event. They are all very serious (^^; Now, the performance begins! The first phase is to write letters while swimming. 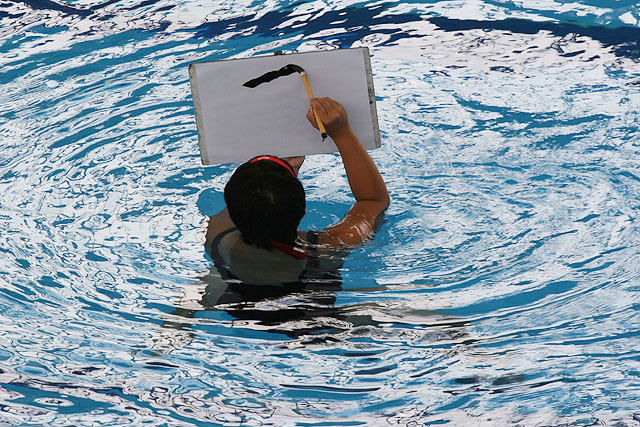 Oh, it’s a calligraphy! She keeps treading water while writing the letter. 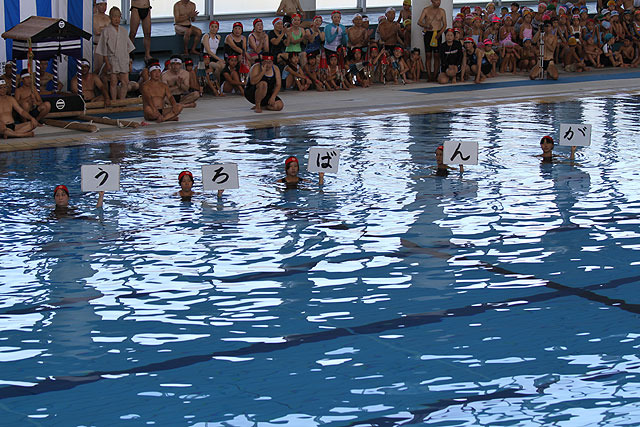 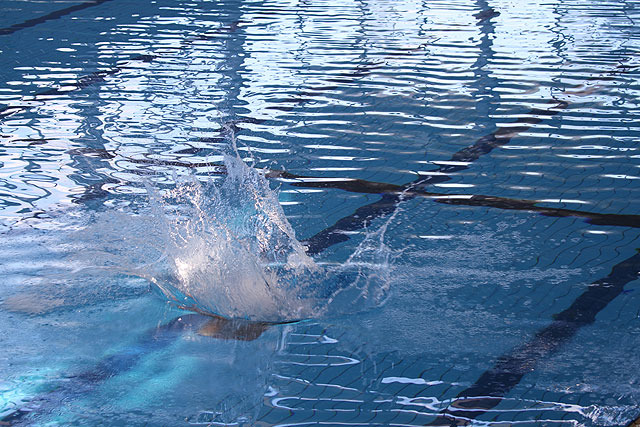 A boy was thrown into the pool by two men! And the boy’s hands and ankles are tied up with ropes. But don’t worry. This is a part of the performance. Amazingly, the boy can swim being tied up. Watch this video! 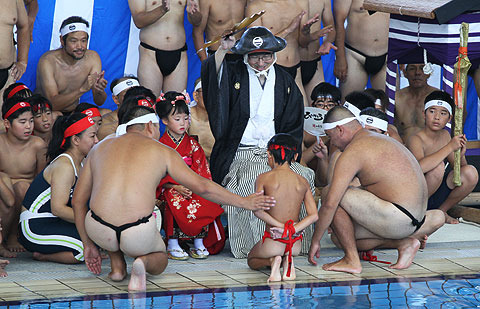 See? The boy has safely made it to shore. 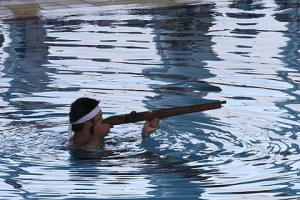 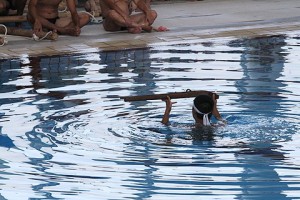 The next performance is shooting from the water. It seems difficult to keep the gun dry. 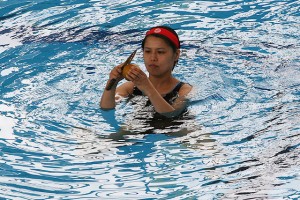 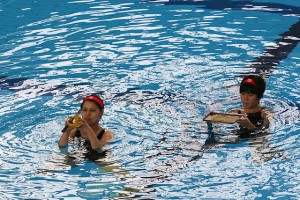 She is peeling a pear in the water.

This is also one of the traditional swimming acts. I wonder when I’ll have an opportunity to peel a pear or some other fruit while swimming (^^;)? She looks like she’s just standing in the pool, but she is actually treading water. In this video, you can see how the swimmers tread water. It looks just like synchronized swimming! 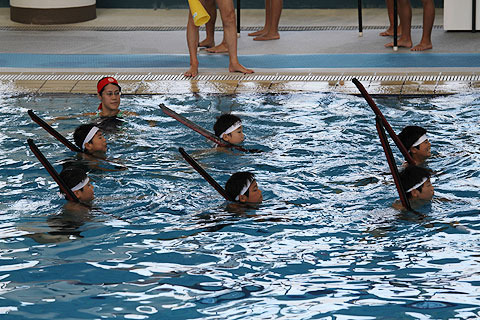 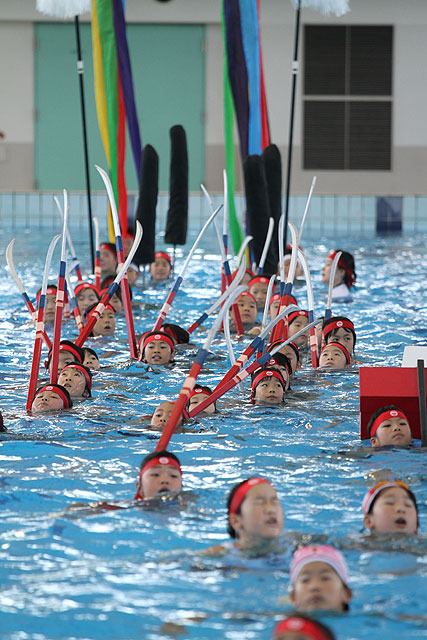 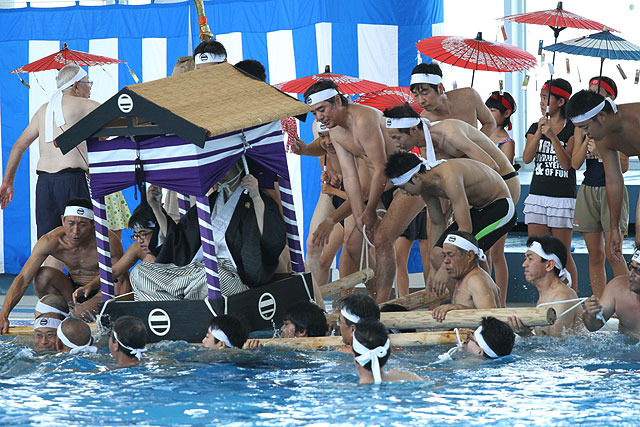 And finally, the daimyo launches! 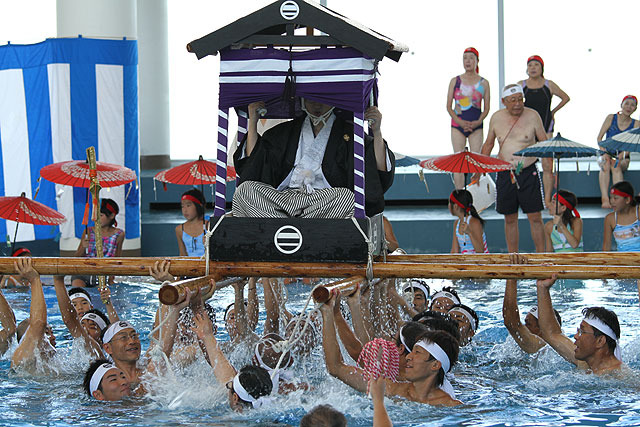 Needles to say, the men carrying the portable shrine are treading water, not just standing in the pool. 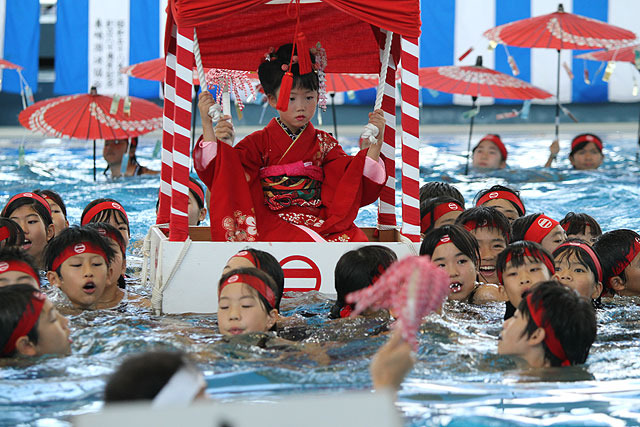 The cute princess also launches! (She looks a little nervous though…) 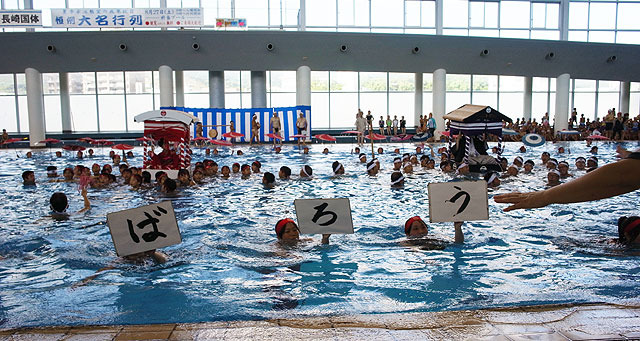 The “let’s hang in there” plates appear again, and the grand finale!

I can’t swim because I don’t do well with submerging my head and coordinating my breathing. But in this method, breathing is not a concern. Now I’m very interested in it. Maybe I will peel an apple or something in the ocean next summer!! ;D ;D