One of the products that excited the young Japanese during 90s is Tamagotchi. It is a handheld digital pet first sold by a Japanese toy company, Bandai in 1996.

Since it is sold world widely, you may know it, but simply explain, you take care of and raise a baby creature on the display. The character what the baby becomes depends on how you take care of it.

This is a Tamagotchi. It has infrated communication port so that the users can play with other Tamagotchi users. 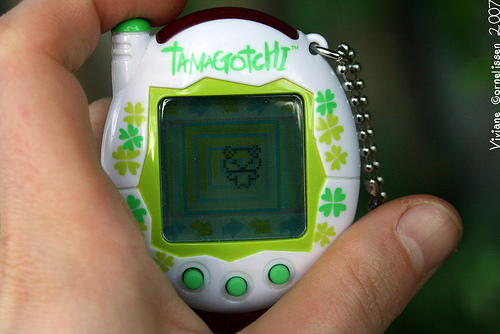 Recent Tamagotchi are colored and have background picture. 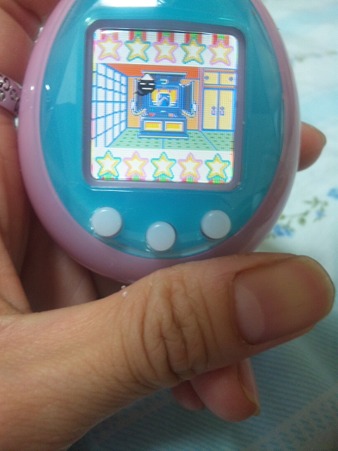 Since it became really popular, (just like other popular video games in Japan,) they made anime series and movies of Tamagotchi. In 1997 and 2007, its anime series were broadcasted in Japan. And in 1997 and 2008, its films were released.

Tamagotchi was on an airplane… 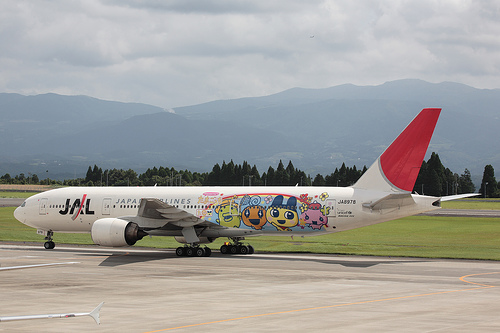 Tamagotchi was on a train… 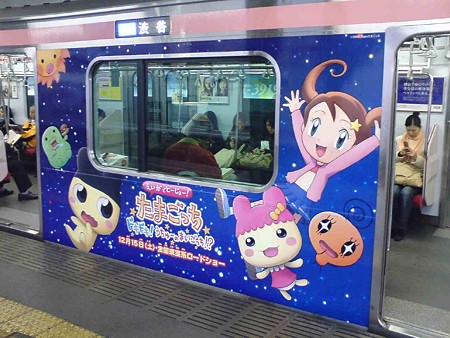 In Harajuku, Tokyo, there is Tamagotchi store called “TAMADEPA.” 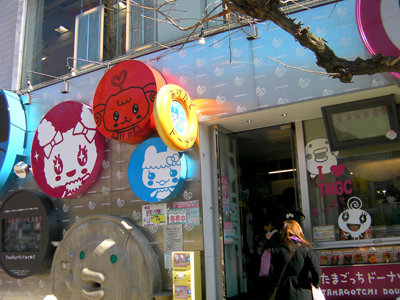 At the store, you can find stuffed Tamagotchi characters dolls, candies, stationeries, and so on. They have Tamagotchi doughnuts stand at the store front too. 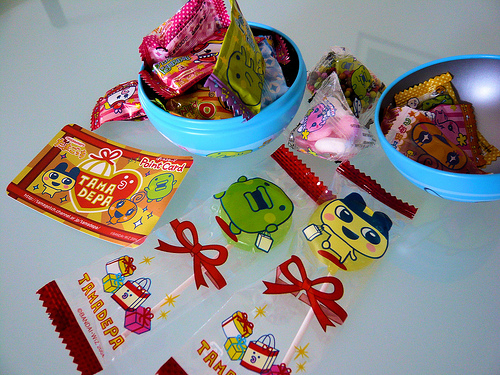 The store is right in front of the Harajuku Station. If you or your child(en) like Tamgotchi, this is the place you go when you visit Japan!