Mino-yaki (Mino ware) is Japanese ceramic ware made in the towns of Gifu prefecture.

Mino-yaki started about 1300 years ago.

Mino-yaki is known as playful ware.

These characteristics are more likely seen in modern art in the west but asymmetric beauty was already appreciated 400 years ago in Japan.

There are various kinds of Mino ware.

They are well-used in Japan.

As a matter of fact, over 50% of Japanese table wares are Mino-yaki.

Mino-yaki are beautiful and fun ware, which are perfect for entertaining your guests with Japanese food! 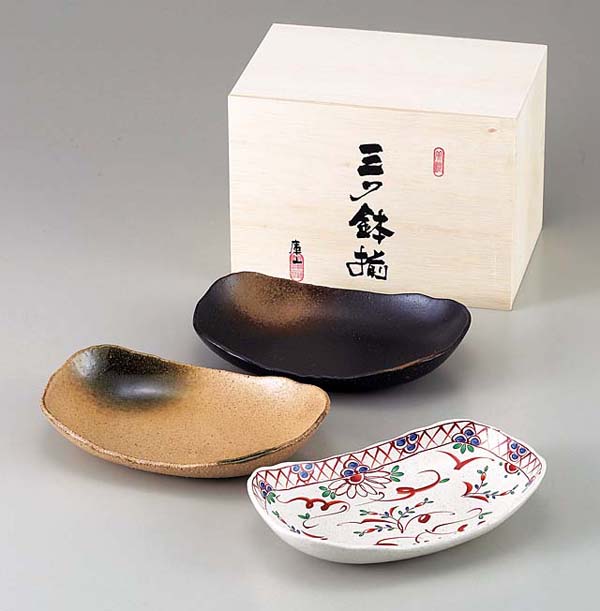