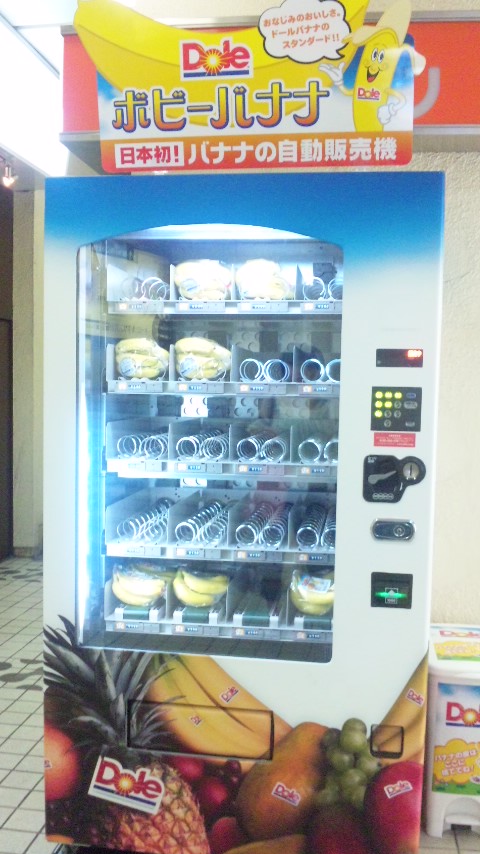 Dole Japan Ltd. installed the machine on June 23 in a building connected to Shibuya Station. According to the company, it sold more than a thousand of bananas in the first week.

The bananas are supplied three times a week.

To not damage bananas, four layered shock absorber mats are laid on the bottom of the dispensing slot.

Since it was installed, it became a subject of twitter and some media. The person in charge of the vending machine was surprised by the people’s reactions and said “We will install more machines at such places as offices and campuses. Also we would like to develop other fruits’ vending machines.