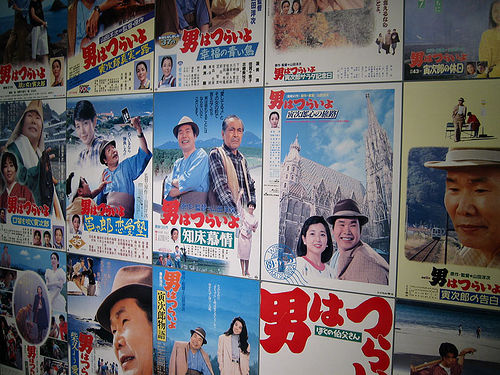 Do you know a Japanese movie series “Otoko wa Tsurai yo (It’s tough being a man)”?

It is a comedy drama about a man called Tora-san, who is a warmhearted vagabond, easily falls in love with a woman but always unlucky in love.

The series used to be considered as the longest movie series by the world the Guinness Book of World Records. 48 episodes were filmed from 1969 to 1995.

Tora-san is a traveling salesman who wanders from town to town. Once in a while he returns to his home in Shibamata, Katsushika, Tokyo to see his family that runs dango (dumpling) shop, but every time he comes home, he makes trouble.

The videos below are the trailers with English subtitles.

Because Tora-san travels all around the country, you can see different regions of Japan in each episode.

The series would be a good tool to learn Japanese culture while laughing and enjoying beautiful scenery of Japan.

If you are Tora-san fan or like the atmosphere of Shitamachi (old town of Tokyo), you should check the place called “Tora-san Museum (“Tora-san Kinenkan” in Japanese)” in Shibamata, Katsushika, Tokyo. The museum displays all kinds of things about Tora-san that excites the fans such as the movie set that was actually used in the series, costumes, props, dioramas of his hometown, and scripts. 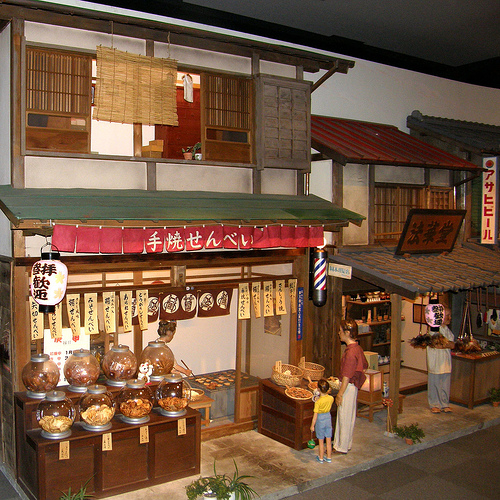 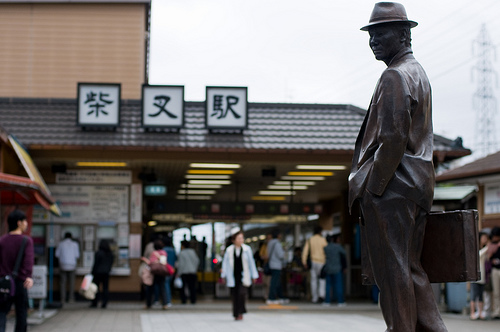