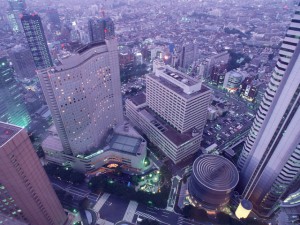 All kinds of things happened this year as well as each past year.

When I look back 2009, the following news are the first things come up in my mind.

– New Flu
New flu has killed over 100 people mainly children and elderly in Japan, and wherever I went, there were so many people wearing a mask.

School temporary closed classes and hospitals were full of patients.

There was no day that I didn’t hear the word “Tamiflu” on the news.

This consumers’ movement influenced on various markets; even the icon of low priced food “gyu-don (beef bowl)” started to be called expensive.

Usually the sales of gyu-don increase during recession, but it’s going down now.

– Stars’ Death
Including Michael Jackson, many celebrities passed away this year.

In Japan, we lost a rock musician Kiyoshiro Imawano, Japan’s one of the biggest actors Hisaya Morishige, an actress Reiko Ohara, the creator of internationally popular manga and anime “Crayon Shin-chan” Yoshito Usui.

Well, I just realized 2009 was kind of depressing…but I can’t welcome the New Year like this! Is there any good news??

I bought iPhone!! …Right, it’s my good news but it was mega hit in Japan!

There is no data about this but the sales of smartphones and the numbers of the twitter users may be correlated somehow.

Any how, the brightest news to me is that I have stayed healthy through the year (though my income went down).

Thanks to the readers, it has already been four months since I started JAPAN Style.

I wish you a Happy New Year!