Welcome Back ! 1/1 Scale Gundam in Shizuoka 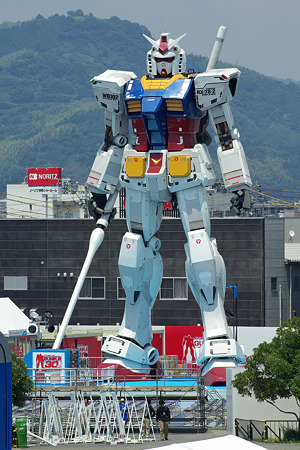 Do you remember him? The 1/1 scale Gundam that attracted more than four million people in Tokyo last year? If this is the first time you see him, please read the post HERE.

Now he came back to public for “Shizuoka Hobby Fair” and exhibited in Shizuoka city, [W:Shizuoka Prefecture].

The following video is the opening ceremony which was held last weekend.

The Gundam is 18 meters tall and weighs 30 tons. It is the same Gundam that was exhibited in Tokyo last year, but there are two subtle differences.

This is a close up picture.

Gundam at Shizuoka posted by (C)Donkey

A local newspaper reported that there were 30,000 visitors on the first day! And to get closer to the Gundam, they had to wait three hours in a line… Some people waited for five hours!!!

At the site, there are gift shops and food venders. One of the most popular snack among the fans there is “1/144 Gundam cake.” There are different flavors; sweet beans paste, bacon mayonnaise, and sausage and curry. 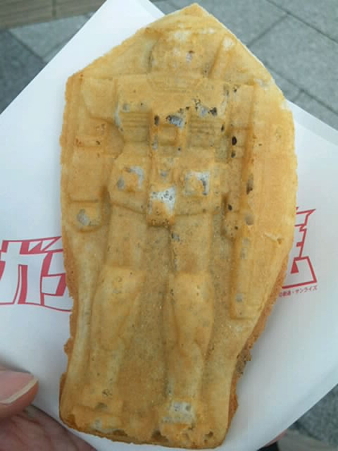