I don’t know how many of you are interested in Sumo, but there are several sumo wrestlers from overseas in Japan, and we have had 6 Yokozuna, the grand sumo champion from the other countries so far. Sumo generally has a very traditional image at least to me, but as the number of international sumo wrestlers is increasing, sumo industry seems to be adopting more flexible approach to non-Japanese wrestlers. Let’s see what foreign-born sumo wrestlers’ life is like. 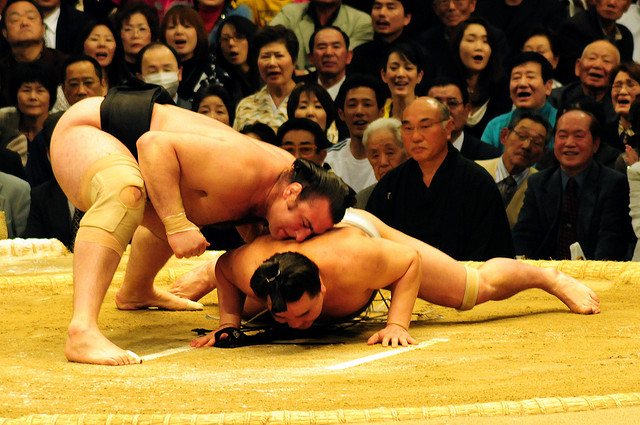 Shall we start from food; food is probably one of the most important factors to be strong in sumo world. Wrestlers generally eat Chanko, the sumo wrestler’s hot pot. Although all people eat chanko, there seems to be some flexibility. For example, Egyptian wrestler who doesn’t eat pork due to his religious belief are served non-pork chanko. And there is also a story that a foreign-born wrester was allowed to eat rice with mayonnaise when he first started. 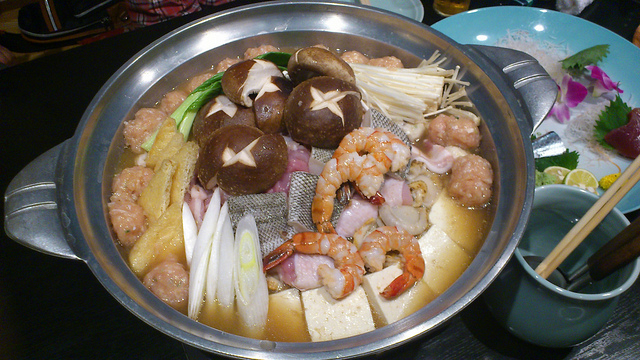 One of the thing foreign-born wrestlers struggle seem to be the fact that all non-high grade wrestlers have to share a bedroom where they feel there is no private. Although we, Japanese are more used to the idea of having shared bedroom (you often get big shared bedroom in your school trip, and you generally have positive memory with it 🙂 ) while people from overseas are used to have a private space when sleeping, there is no exception in sumo world even if you are from overseas. Luxury of having your own bedroom is only allowed when you gain higher rank as a sumo wrestler. So, foreign sumo wrestlers have to bear with this uncomforting custom until they grab higher rank successfully.

Food checked, room checked, and how about language?

Well, it seems there used to be some sumo stable, where hires interpreter for foreign sumo wrestlers, but not anymore. Stable trainers teach non-Japanese speaking wrestlers with simple English and gestures. It may sound not enough for some people, but who these people who is committed to be a sumo wrestler; this could be a reasonable approach? Foreign-born wrestlers are contributing to keep our tradition going, so I hope they find it acceptable, and train themselves to be a yokozuna one day  😉

What do you think about toady’s article?

Please let me know what you think. I’m looking forward to hearing from sumo fans around the world^^