To the town-people in the period, having tattoo is something to show their courage against samurai.

They tattooed these legendary strong men with respect. 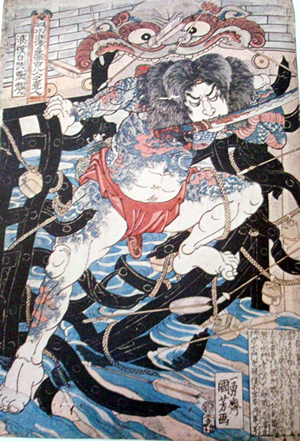 He is a character from one of the four great classical novels of Chinese literature, “Water Margin.”

He is a master of swimming and his tattoo is a monster serpent.

The scene is when he is breaking a water gate. 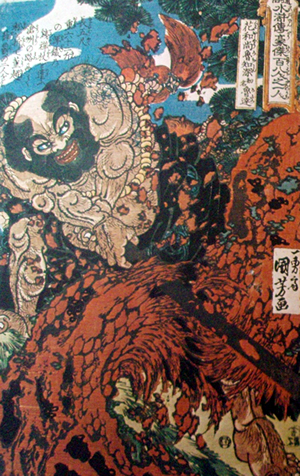 He is also a character in “Water Margin.” 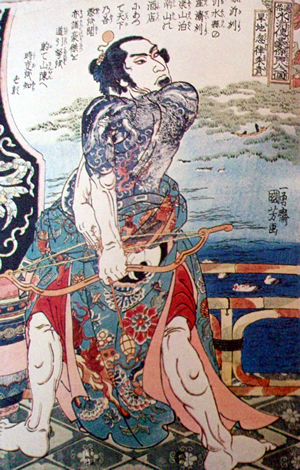 He is also a character in “Water Margin.” He has fox or wolf on his back.

He is known as a fashionable man and unlike the other two above, he is a office worker rather than a fighter.

The pictures are dynamic and the blue colors used in them are beautiful.

To be continued tomorrow.

One thought on “Ukiyo-e Prints of Strong Men Popular in Edo Period : Part 1”