One of unique features of Reengo is that this app can automatically search for Reengo users from your Facebook friend list, so no phone numbers are necessary. What’s more, you don’t have to waste time with troublesome registration steps. You just login with your Facebook account, and to receive a call you don’t even have to start the app. Quite handy, isn’t it? 🙂 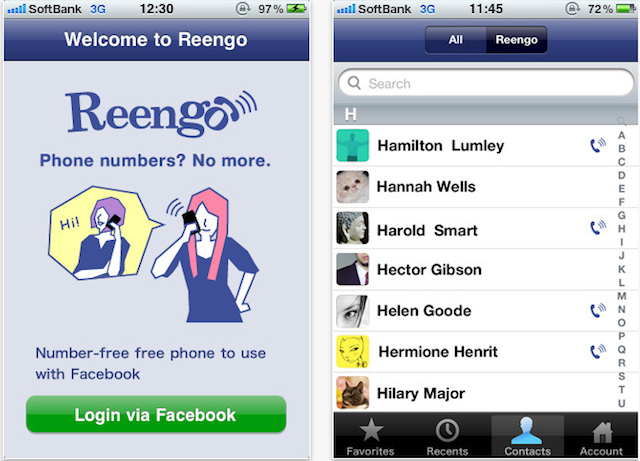 For now, it’s downloadable only from the Japanese iTunes store, but soon it will be released around the world. Also, the Android version will enter the field shortly. Eventually calls will be possible between iPhone and Android users. According to the source article, the sound quality is quite good. If the number of Reengo users increases, it will be very useful and convenient (^^)v.