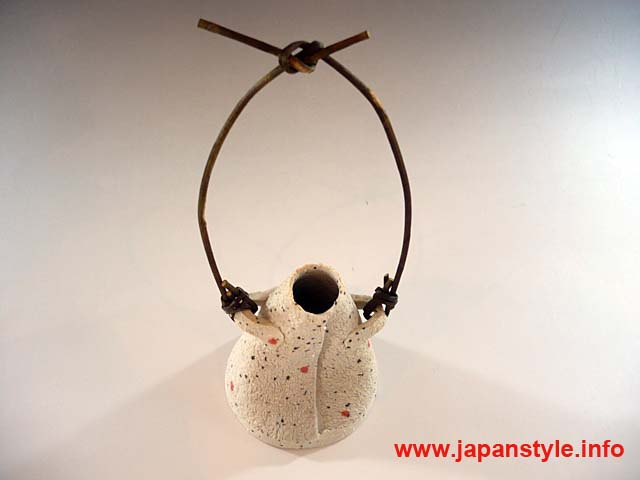 This is a Shigaraki ware mini vase.