Japanese Pop Origami Unit – Kokeshi Origami and so on

The other day I met people who do unique business.

What they produce is origami, and it’s not just ordinary one.

For the purpose to “make origami pop!”, they create graphic origami, which have designs on the papers to indicate how to fold them.

By folding along with the designs, anyone can make beautiful origami work.

The followings are the combinations of Japanese kokeshi doll and origami, “Kokeshi origami”. 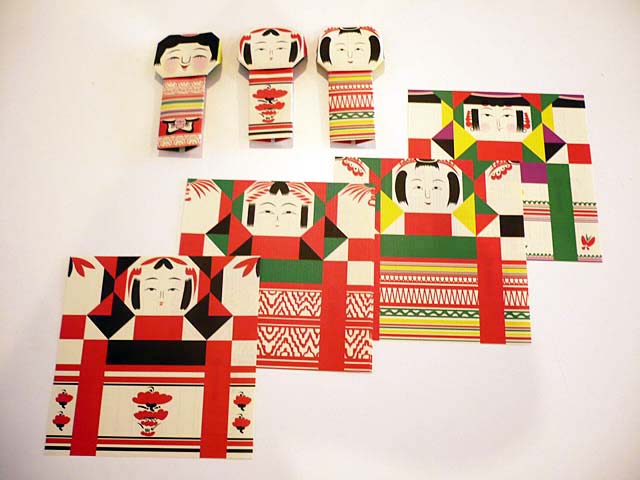 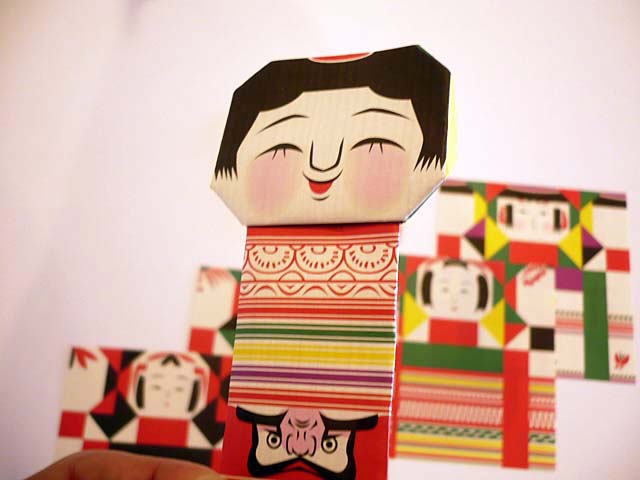 The each one has different design. 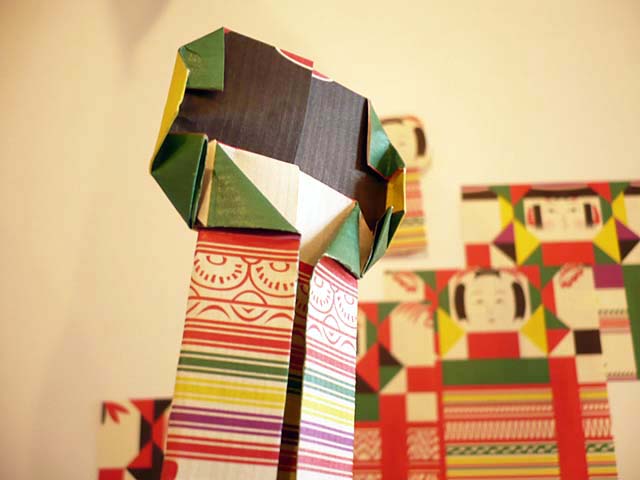 There are other kinds of graphic origami.

These ones are called “Funny Face” and you can make various faces by folding differently. 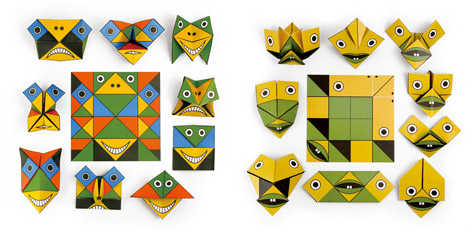 I think videos can tell better what they are, so please watch the following videos.

They are cool, aren’t they?

Because the graphic origami have novel designs and grown ups can enjoy, they often shown at exhibitions and covered by magazines.

So they’ve got a lot of attentions.

They also utilize the idea into advertisement business.

They fold handbills printed a design to distribute to customers. 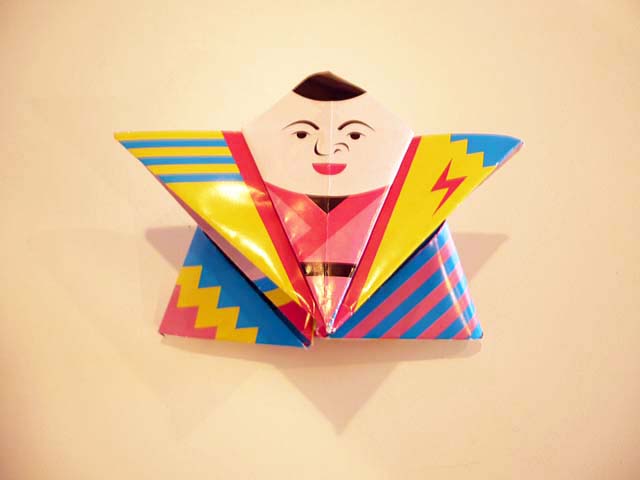 This is the folded one to distribute to customers. 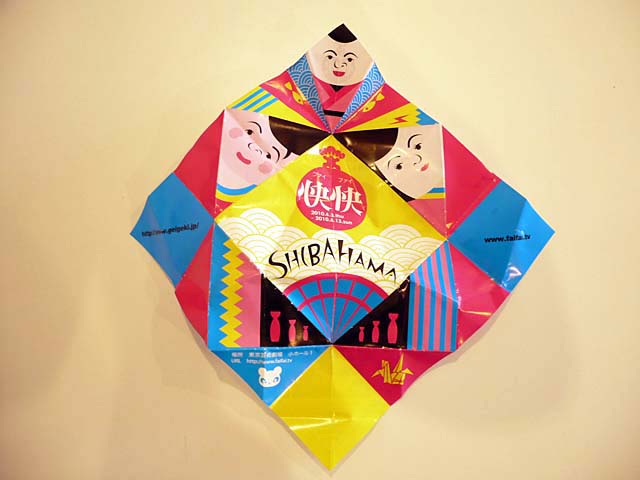 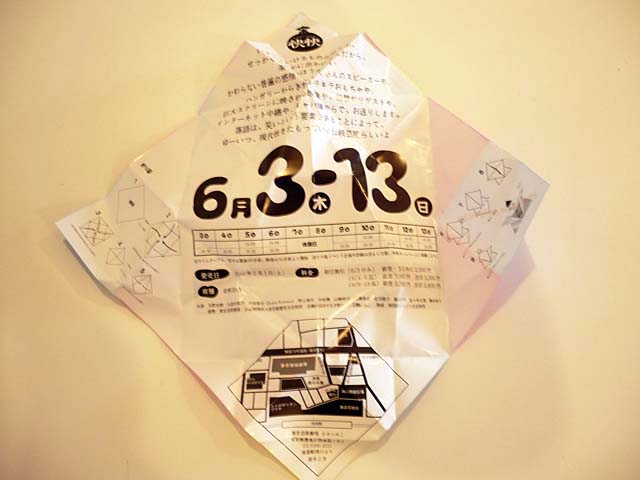 On the back of the sheet, it is written information of an event.

Isn’t it interesting and unique idea?

People walking on a street usually don’t take handbills but they will take this one thinking “what’s this?”

The people who produce these are one male and one female origami unit named “Cochae”.

Actually, there are more interesting productions from Cochae, so I will introduce them to you next time!