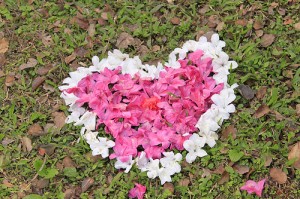 Tea: I think Japanese women’s attitudes are the part of the causes of men’s attitudes. They are fragile and men are like they have to protect them…

Jennifer: That’s just superficial! When I first came to Japan, I thought Japanese women are quiet and polite but as I get know them more, I see different aspects of them lol.

Henrike: There was a girl who lowers herself in front of people because that’s more advantageous, but they are actually more dominant in their private lives.

Kelly: You are absolutely right. They’re clever and tough.

Henrike: Only outside, many Japanese people just nod to others’ opinions, in other word, they are good listeners. But I want them to say their opinions more.

Kelly: They think they can make themselves understood without saying!

Tea: Speaking of that, they are poor at showing their love. Especially outside. My husband is trying hard to get used to Japan. I came to Japan later than him but when I try to hold his hand in public, he rejected and told me, “Tea, couples don’t hold their hands in this country!” LOL. So since we came to Japan, we haven’t held our hands.

Jennifer: I had been steady with a Japanese man for two years, we broke up though, what I was surprised was that he was 27 years old and still lived with his parents. It did’t matter if he could speak English, but I couldn’t believe that grown-up guy still had his mother clean and do laundry.

Kelly: They are so many adults who live with their parents.

Jennifer: Guys, get out of your parents’ houses! That’s not cute at all LOL.

Tea: Be more open. Accept your emotions and the things that are different from you more.

Jennifer: Don’t be workaholic. Japanese men work hard, which is good but if work eats private life away, they should reconsider the balance.

Henrike: Discard the complex against foreigners. You guys seem like to feel ashamed of not able to speak English but that’s not important. Another thing is treat women fairly. Whether foreigners or Japanese, don’t look at them higher or lower.

Kelly: Don’t think “I cam make myself understood without saying”. In many cases, you’d better say your mind.

— End of the round-table talk —

Hmmm, as a Japanese man, their words touched me on the raw (bitter smile).

Especially I think many Japanese men don’t express their minds.