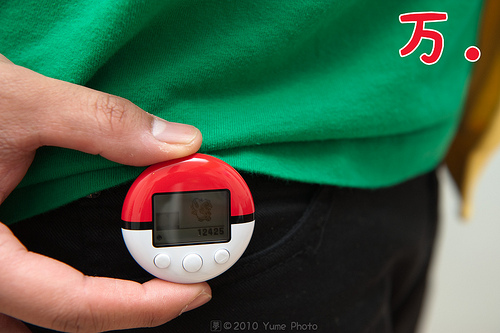 Walking can be repetitive and boring but “game pedometers” motive us and help preventing metabolic syndrome.

In Japan, there are various pedometers with game features. For example, Pokewalker is a pedometer shaped like a monster ball from a popular game and anime series Pokemon, and the user can carry a monster and play games by using the points translated from the total steps (Pokewalker photo above). Although it sounds just a kid’s toy, Pokewalker is actually pretty accurate compared to other pedometers according to a new Iowa State University study that testes several pedometers for accuracy (Read the article HERE).

Another unique game pedometer is Bandai’s “3000 Leagues in Search of Mother,” which is based on an anime series of the same title. The story is about an Italian boy who goes on a journey to find his missing mother in Buenos Aires in Argentine. In the pedometer game, the user simulates the journey from Italy to Argentine by meeting the target (for example 20,000 or 30,000 steps per day) in 90 days. When the user reaches each targeted steps, a new episode pops up.

This is a play movie from the episode 1 “Don’t Go Mother!”

The “3000 Leagues in Search of Mother” is one of the Bandai’s Yuhokei (play-pedometer) series, and there are four other kinds of the game pedometers including “Space Battleship Yamato,” it is also based on an anime series of the same title. In the story, the hero travels to another planet to save the Earth.

This is the web application for the pedometer “Space Battleship Yamato.” 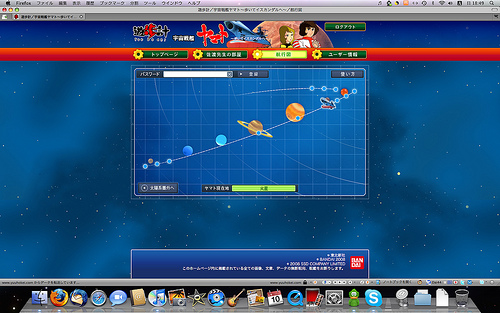