Today, I would like to introduce an article that the writer made an experiment whether his high school teacher told him a true story or not.

His high school teacher told him an interesting story that the watermelon would become fizzy if it is put with dry ice in a cooler box. 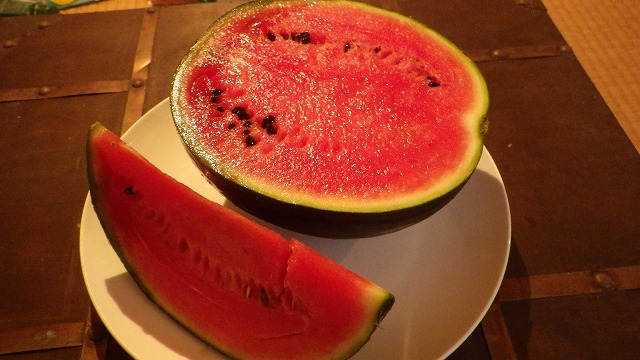 Is it true?? If there is such a remarkable phenomenon, it’s a kind of great discovery!

First, he prepared a cooler box, dry ice, and some fresh fruits.

Putting dry ice at the bottom, a styrofoam plate on it so that the dry ice and fruits will not be frozen sticking together, and some fresh fruits on the plate. Then cover the box with a lid loosely. (←”Loosely” is important to prevent explosion caused by carbon dioxide.) 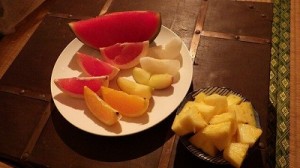 On the surface, there is no change. Are they really fizzy? Let’s try the watermelon first. 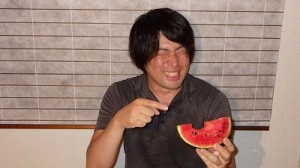 From the moment it came into the mouth, a stunning blast spreads in the mouth at the same time!

Not only the watermelon, but also pear, apple, and pineapple became fizzy like a soda!

The experiment went well! The teacher told me true.

Well, how about other foods?  let’s try other than fresh fruits next. 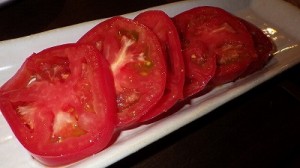 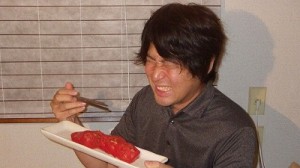 It becomes like fresher than original ones with being carbonated.

It’s good for summer. If there is at izakaya or restaurant, it would become popular. It’s gonna be a big business. 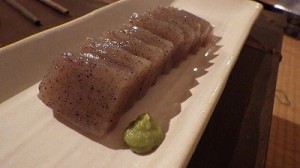 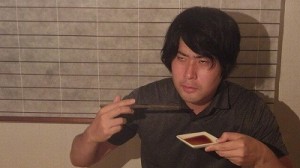 It wasn’t a very good idea.  If it went well, fruit jellies should go well….

Ginger and carbonate mixed together, it became like a ginger ale.

It’s kind of interesting flavor, though… 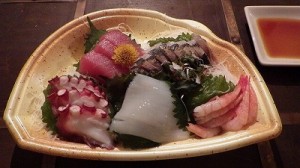 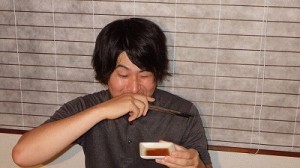 They are not really delicious, but it’s interesting!

For all of them, carbonate dissolve on the top of tongue and were a little fizzy.

Gradually laughter wells up as eating each in its turn.

By the way, to my surprise, carbonate may not interfere the taste of each raw fish. It might go well, if you think it like wasabi.

Now we have seen the writer’s challenge for many kinds of foods. What do you think?

If you try this like him for other foods, please note that you have to cover with a lid “loosely”, because if you don’t, dry ice may explode in the box caused by vaporizing of carbon dioxide.

I would recommend to do this with your parent.