“I wanna make national flag sweets like the ice cream that I ate in Switzerland!” One day, a blogger made up his mind. 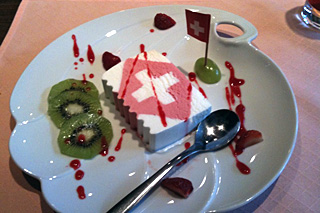 This is the ice cream he had in Switzerland. Beautiful! 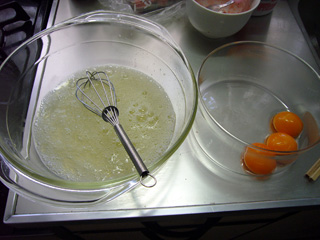 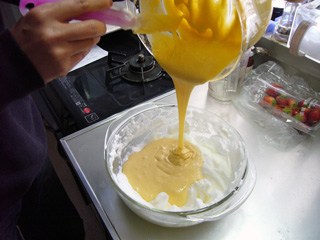 He starts baking Swiss rolls (not ice cream).
His plan is to make the center cream part look like flag. 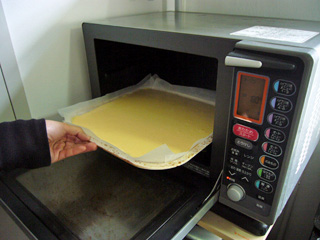 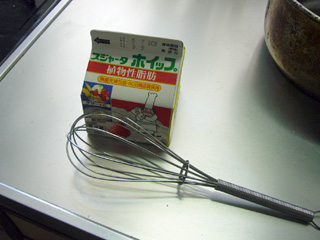 And now, he prepares cream.
This is the most important part because he has to form national flags with whipped cream. 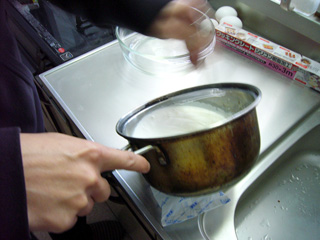 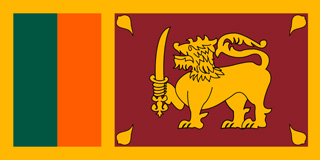 Do you think that he can make very complicated Sri Lankan flag with whipped cream?
Maybe not…^^; 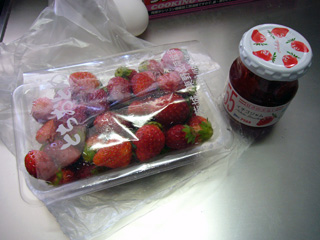 The first color he needs is red.
I wonder what country’s flag he is going to make? 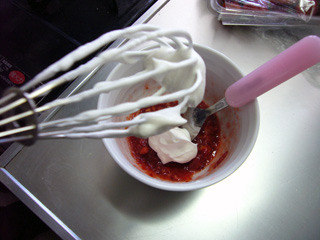 He mixes up fresh strawberries with jam and whipped cream. 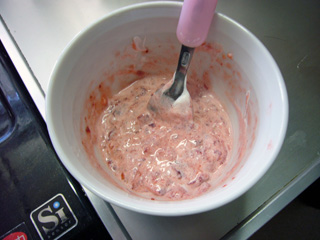 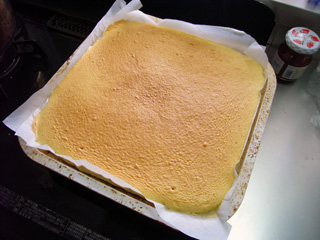 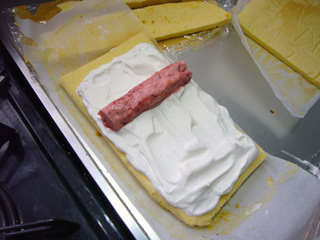 He spreads plain white whipped cream on the sponge cake
and puts the red (pink?) cream bar in the middle. 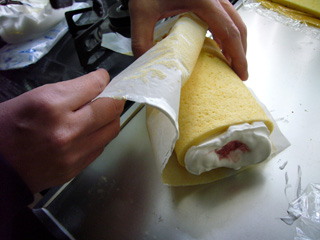 Maybe you can guess what country’s flag this is. 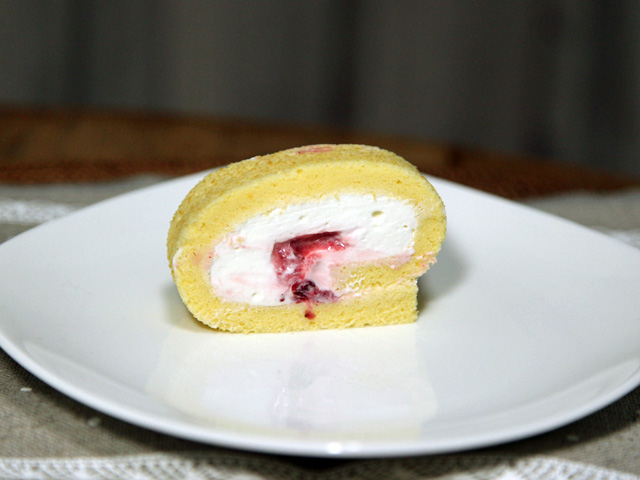 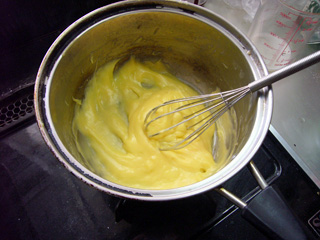 OK! Why don’t we keep going^^.
Now, he prepares custard cream as the yellow part. 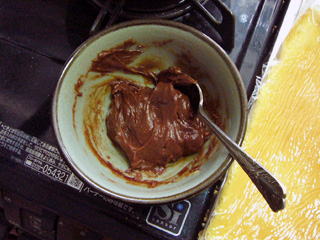 And chocolate as the black part (actually it’s brown though). 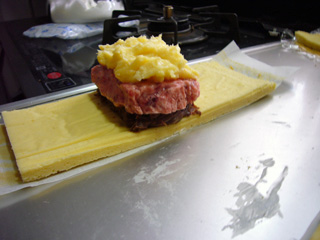 Wow! This looks like the TOO creative sushi that we sometimes encounter in foreign countries ;P 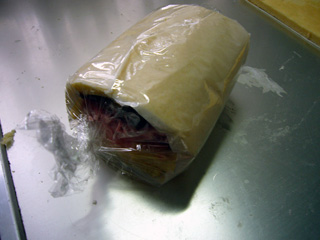 Can you guess what country’s flag? 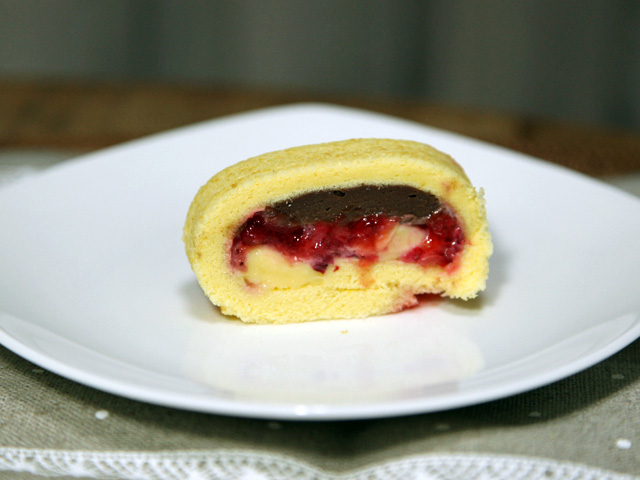 Ummmmmmm… The answer is Germany.
But I think it’s still hard to tell that this is German flag even after knowing the answer ^^;; 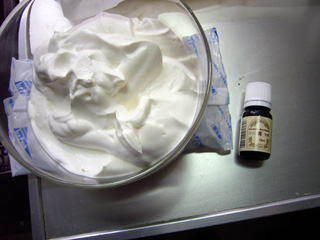 Let’s see the next flag!
The small bottle is food coloring, blue. 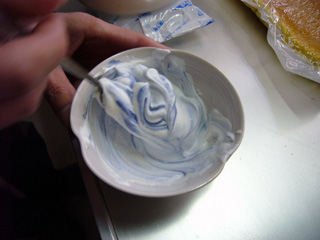 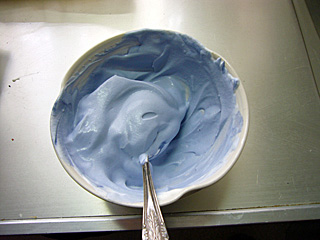 I think blue-colored cakes are sold at stores in many countries.
But we Japanese are not familiar with blue cakes, and it looks very unusual. 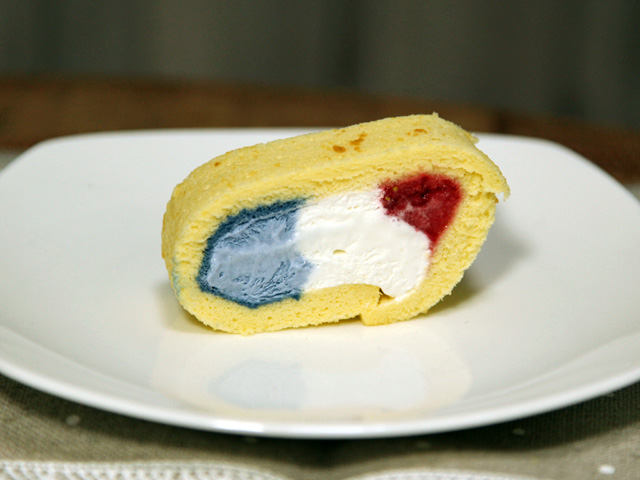 Oh! Obviously, French flag. This is kind of a good job.
I mean it’s better than the others ^^;; 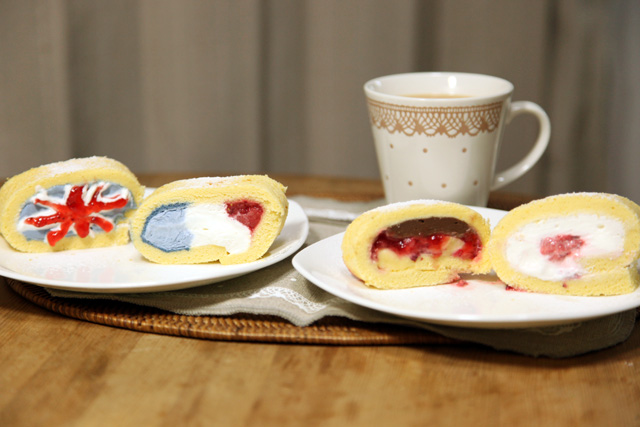 From the right; Japan, Germany, France, and England.
I personally like the England one ^^.
How about you?