Kaiten-zushi or conveyor belt sushi has been very popular among Japanese people for a long time, and nowadays, it can be easily found overseas, too.  In Japan, you will see a lot of kaiten-zushi places offering sushi as reasonable as 105 yen (US$1.00) a plate (usually consists of 2 bits of sushi) including tax.  But in times of recession, kaiten-zushi companies are now providing a wide variety of unique and creative sushi instead of just offering traditional fish sushi. 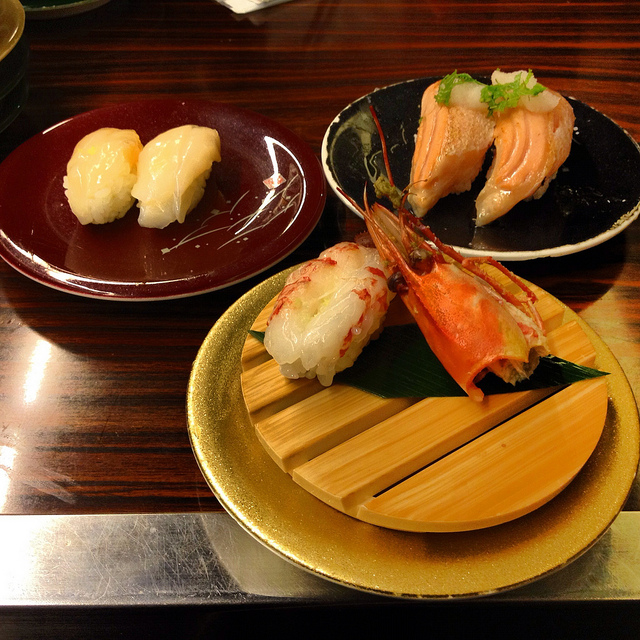 I imagine prawn with cheese should be ok as it’s still fish, and I have had beef sashimi sushi before so beef must be OK, too, but stake and hamburger!!?  It should taste ok, but I’m a bit curious how it would look like as sushi… 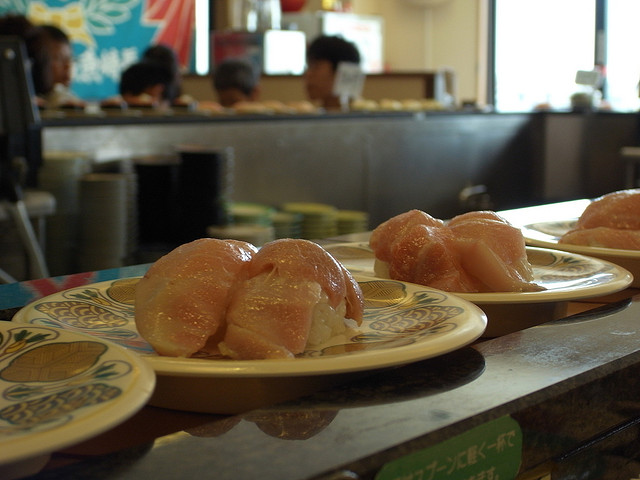 But such sudden expansion of unique creative sushi in Japan does not necessarily mean that traditional sushi is not popular anymore.  Majority of people still loves nice traditional fish sushi as representative by serveral grades of tuna.  It seems salmon is getting ever so popular due to a stable supply of very good quality salmon from northern European countries now.

Awwww, I love salmon, and I fancy sneaking out from my office to have some lovely sushi now!  No creative one, but traditional ones for today 😛

If there is any unique sushi in your country, which you cannot find in Japan, please let me know!

I would also love to hear your sushi experience in Japan  😉