The other day, JAPAN Style announced the winners of the Manga Grand Prize 2010.

Since I got interested in the grand winner manga, THERMAE ROMAE, I actually bought and read it.

It was hard to find it because after it got awarded, it sold really well and it was out of stock at some book stores. (I went to three stores to get it!)

Manga “Thermae Romae” is about an ancient Roman (Hadrianus era) bath engineer, Lucius somehow transported through time and came to today’s Japan, where he learns the things and cliche in Japanese bath house and practices them in Roma and gain fame.

Let’s look inside of the book! 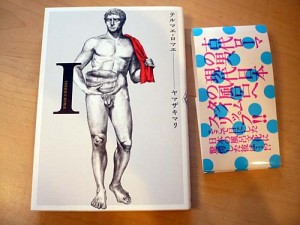 On the cover, Lucius is holding “oke” a typical Japanese tub often found at a bath house
and the red towel is striking.
The right paper is “obi” , which is put over the cover.
(Japanese published books mostly have obi that have introduction of the book.) 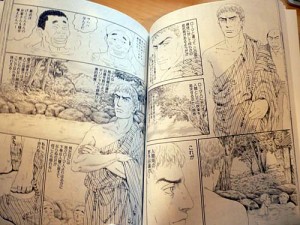 By the way, these are yukata. (there are the way we wear!) 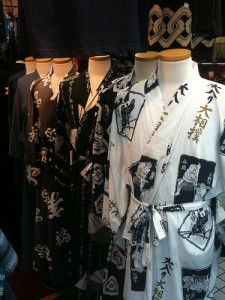 Another episode of THERMAE ROMAE is:

* The scene where Lucius first transported through time. He is surprised by fan and hair dryer at a Japanese bath house LOL.

* He even traveled to a showroom of a toilet company. He is amazed by Japanese super toilet that shoots warm water.

* In the showroom, he investigates around a bathtub. Being shocked by a LCD TV, he introduces the idea in ancient Rome.

At present, only volume one is released. I can’t wait for the second one (^_^)

I think it’s unique themed manga, what do you think?