Wasabi Stories vol.75: “What moves others’ hearts is not your technique but your heart”

“What moves others’ hearts is not your technique but your heart”

Today’s story teller is a violinist Sachiko Takashima. She is also famous as a TV host.

In the article, she talked about the teacher inspired her.

She started playing the violin when she was a first grader, and she went to a high school attached to a music university, where the most students had started taking special education since three years old and won some competitions already.

Takashima completely lost her confidence there.

Being obsessed with the idea that there is no way to succeed for her, she told her teacher Tokunaga-sensei (sensei = title of teacher) “I want to quite violin.” 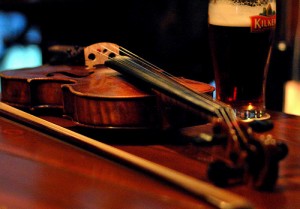 “Whether you continue or not, it’s your choice. But just keep practicing till you quit, ok?”

The sensei’s word made her realized how indulgent to herself, and she started practice desperately.

As a result of the effort, she first released her CD and held a concert at the age of 26.

Still, she was not confident with her skill and the popularity was burden for her, but again, Tokunaga sensei’s word supported her.

“Music is to move people’s hearts, it’s not to impress with your technique.”

High technique can impress people only a moment but touching good music can stay in hearts for a long time.

“Don’t try to overwhelm with techniques. It’s important to play your music.”

Receiving the word, Takashima took her confidence back and grew up more as a violinist.